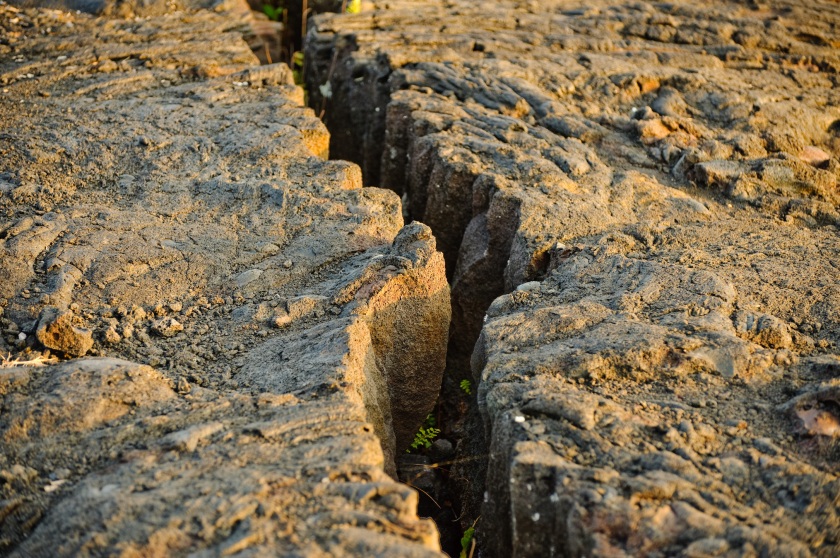 Like Any Great Change It Started Little by Little

It’s undeniable that the United States is a right-wing country. It has long been the land of the robber baron. Then the issue was complicated by  their relentless tectonic slipping to the right. The geological analogy is apt because it occurred in an imperceptibly slow manner, like the slip fault before the earthquake. After a few brief eons the European continent drifted east, leaving North America stranded on the wrong side of the Atlantic. That’s where the US sits today, both geologically and ideologically, estranged from the civilized world.

After more than a century of ongoing slow creep American society finds itself at the end of its tether, remotely controlled by demented billionaires and reptilian politicians wielding frightening high-tech bludgeons. There is no justice, no equality, no decency, no hope. Giant American companies have more than enough money to go around, and it’s dished out liberally to pliant politicians via lobbyists and septic think tanks. The situation became evident in the seventies with the sinister Nixon/Kissinger regime. (See Seymour Hersh’s 1983 600-page book, Kissinger, the Price of Power which elegantly documents Kissinger’s years as Nixon’s National Security Advisor and Secretary of State. Not for the faint hearted.)  Events were turbocharged by 9/11 and from then on American governments have been busily curtailing citizens’ rights at home and devastating soverign countries abroad. This is especially the case in the Middle East. Though the Americans have yet to win a war there, they have wreaked biblical havoc on the people and set countries like Iraq and Afghanistan back a century. And the end is not in sight. What is in sight is Iran and Venezuela.

The Benefits of Posturing

From the days of the Project for the New American Century (PNAC, 1997-2006) when the Republican right finally showed its jingoist face, this scorched-earth policy was in the hands of Republicans. Democrats pretended to be different but most of them weren’t very different at all. Today, in a country that reveres wealth, most of them are wealthy. (Here’s the Wikipedia list of United States members of Congress by wealth. It’s headed by Republican representative, Kelly Loeffler who, along with her husband,  chairman of the New York Stock Exchange, Jeffrey Sprecher, is currently under scrutiny for insider trading.) That makes perfect sense. The essence of American professional politics is to be in it for yourself but to pretend convincingly that you’re in it for others.

It’s not an easy assignment. The successful candidates must be bereft of scruples, morality, and simple decency–while projecting all the contrary. Like all liars they must be endowed with rich imaginations and prodigious memories. They must create their stories, live their lies and cover their tracks. Some manage it better than others. We can all recall the ones whose former slipups are coming back to haunt them: sexual harassment, racism, financial fraud, war mongering, gerrymandering, strange bedfellows. Some of the shrewder ones slather themselves in religion like predator species in the African savanna that roll in their would-be victims’ excrement to pass themselves off as friends. Anything goes.

What about the Honest Politicians?

Is this to suggest that there are no honest politicians. Of course not, to affirm that would be silly. There certainly remain some disinterested American politicians but they would all fit in a phone booth. Besides, they’re essentially boycotted by their right-wing colleagues of both parties. We must not forget that those who were once Democratic “moderates” by staying in the same place have been dragged inexorably to the right.

The rest can be bought. And the proof is there for anyone who has eyes to see. Look at the rock-solid support the state of Israel–the world’s smallest colonial country–enjoys in the US Congress. Is that based on solidarity or idealism? Don’t dream. Google it. It’s based on a complex honeycomb of backhanders and campaign donations engineered by the America Israel Public Affairs Committee (AIPAC) and others of their ilk. What about the numbingly repetitive re-election of incumbent US Congress members. Sitting members of the House of Representatives, in the congressional elections between the years 1988 and 2018, were re-elected between 80 and 90% of the time. The figures for the Senate are substantially higher. (Source: OpenSecrets.org) Is that due to legislative excellence? Or does it have to do with a bag of electoral shell games and campaign financing generously provided by big-bucks interests?

It wasn’t quite so cut and dried before the Supreme Court’s 2010 finding in the Citizens United v. Federal Election Commission case. That landmark decision concerning campaign finance freed corporations and labor unions to spend money on electioneering communications and to directly advocate for the election or defeat of candidates. The inclusion of labor unions in that decision was a public relations masterstroke. It suggests equanimity between owners and workers. But just try imagining the unions’ buying power compared to that of big industry. Now, 10 years later, the results are there for all to see. Big business has taken over the government and sucked it dry.

What little was left of American democracy has been gutted by powerful interests that want it all, without realizing that by impoverishing their base they’re shooting themselves in the foot. Capitalism without customers is doomed. Suddenly the rate of decline in everything starts multiplying by geometric progressions. American politics has been cannibalized. American manufacturing became rust. That left financial services, an inherently incestuous business, destined to reduce the United States to that little country where the citizens manage to eke out meager livings by taking in one another’s laundry.

Along Comes the Quake

The culmination of this fascinating process took almost everyone by surprise and that stupor is growing daily by graceful gazelle leaps. With half the country wondering how to get rid of Trump and trumpism, and the other half revelling in hillbilly heaven, along comes the quake, the coronavirus, “COVID-19.” This microscopic killer that found its happy home in New York, and the Trump administration’s pathetic response to it, may ultimately take trumpism to its end. Just when the country vitally needs a unified, coherent universal health system–anathema to the reigning Republican right–the American people wake up to find any kind of coherence conspicuously lacking.

It occurs to the most perceptive among them that a battle against a highly-contagious virus cannot be waged piecemeal. As long as pockets of the virus remain active among the substantial untreated, uninsured population of the country, no one is safe from contagion. It follows logically that the whole trumpian laissez-faire edifice will come tumbling down. Just as public health emergencies require coordinated public responses so do the rest of the critical issues faced by any American government: education, the environment, climate change, foreign policy, defense, the economy and all the rest. This is laid out in his usual informative and affable fashion by Michael Lewis in his 2018 book, The Fifth Risk. Lewis, after crossing the country interviewing affected high-level public servants from the previous administration, recounts their versions of how the Trump government systematically dismantled vital federal agencies and programs with untold damage to education, the environment, nuclear management, etc.

Does this mean that America is about to abjure President Donald J. Trump and his army of wreckers? After all is said and done it may well mean that. Even if it were to happen it would be a bitter victory for reality-based America. Because it would come at a cost of hundreds of thousands of American lives, according to President Trump’s own most-optimistic estimate. Definitely not one of his best deals.

Thanks for following and sharing.