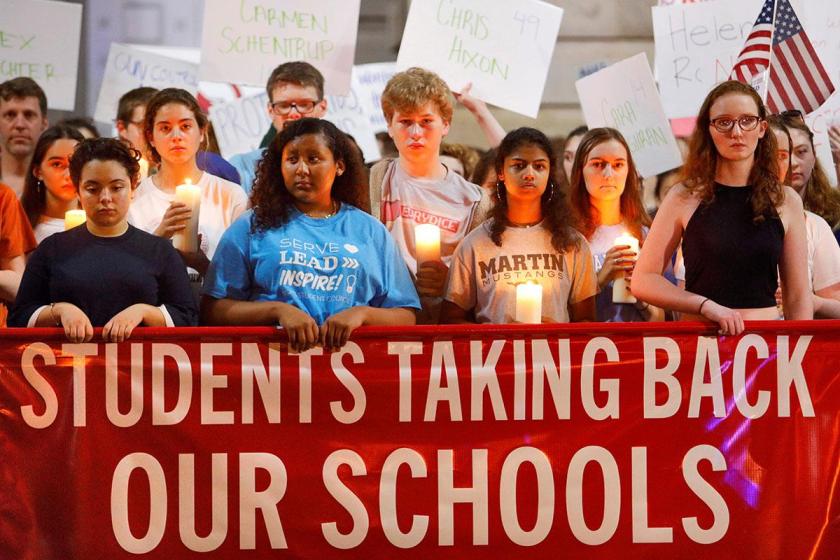 Parkland Students Take the Gun-Control Bull by the Horns

After another horrendous mass school shooting followed by the usual limp thoughts-and-prayers condolences from right-wing politicians around the country, students from the Marjory Stoneman Douglas High School in Parkland, Fla., where 17 people were killed on Wednesday, 14 February, decided to address the matter themselves.

On  Feb. 17, three days after the mass shooting, they traveled to Tallahassee, Florida’s state capital, to call for a statewide assault weapons ban. This direct appeal to the state legislature followed protests outside schools, social media activity, and national television appearances. The legislators’ response was short and sweet. The motion to introduce a law to ban assault rifles was defeated, 36 to 71, in a vote along party lines. The procedure lasted 2 minutes and 38 seconds. Most of the 71 state representatives who voted against the ban enjoyed an A rating from the National Rifle Association. END_OF_DOCUMENT_TOKEN_TO_BE_REPLACED