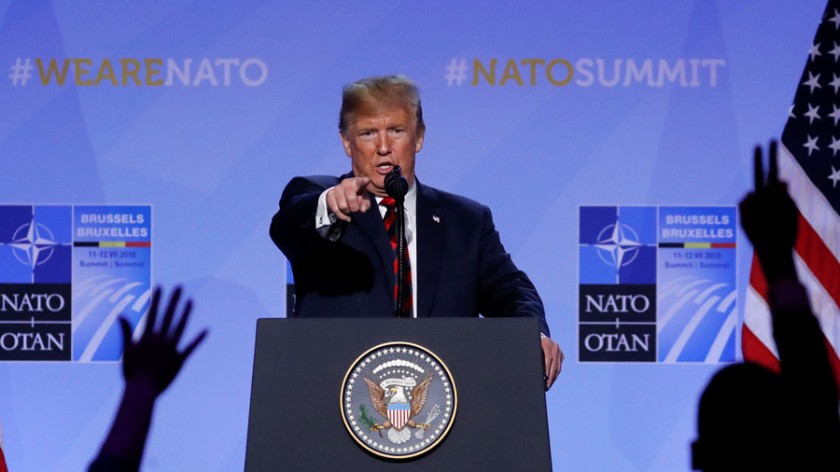 At the same time the world’s media are expressing outrage at President Donald Trump’s gangster-style presentation at the NATO annual summit meeting in Brussels last Wednesday, they are also missing the point. As usual, Trump’s headline-grabbing antics smoked screened the most important issue. Everything the American President said at the meeting was grounded in a single great lie, that the principal objective of NATO is to “protect Europe.”

In fact, the principal purpose of NATO is first to control Europe and secondly to embroil the European countries in all of the United States’s nefarious military adventures. This involvement also lends a veneer of international legitimacy to any American aggression, no matter how heinous it may be. A third result for NATO members, one that is seldom mentioned, is the fact that NATO’s mutual defense obligations make them nuclear targets for any enemy of the United States. END_OF_DOCUMENT_TOKEN_TO_BE_REPLACED

His rambling, disconnected, lowbrow 38-minute talk, though wholly irrelevant and inappropriate for an audience of Boy Scouts, ages 6-14, did manage to establish some outstanding new negative moral and political benchmarks. This is a limbo contest in bad taste. How low can you go? President Trump has just reminded us that it’s time to lower the bar… again. END_OF_DOCUMENT_TOKEN_TO_BE_REPLACED