The West Virginia Mine Wars are a dramatic and often overlooked chapter of American history. In the early 1900s in the coalfields of Southern WV, miners faced desperate circumstances. Below ground they withstood some of the worst working conditions in America. Above ground they dealt with brutal mine guards and a mine guard system that controlled the politics and economy of the region.

In 1921 mountaineer families from the nearby hollows, African Americans from the Deep South, and immigrants from places like Hungary and Italy all came together to fight for the right to unionize and basic constitutional rights. From August 20 of that year, miners began rallying at Lens Creek , approximately ten miles south of West Virginia state capital of Charleston. Estimates of total numbers vary, but on August 24, between 5,000 and 20,000 miners began marching from Lens Creek into Logan County. Many of the miners were armed. END_OF_DOCUMENT_TOKEN_TO_BE_REPLACED

American Individuality Off the Rails

Fifteen months ago, in my first post for this blog, I wrote, “…what you will read here in the coming weeks and months won’t be mainly about Donald Trump.” Unfortunately, I have not been able to keep that promise. President Trump incessantly requires replies, now more than ever. His recent spate of boutades on both sides of the Atlantic obliges me to direct our attention to him once again. For the President of the United States of America to skip his planned visit on Saturday, November 11, to the Aisne-Marne 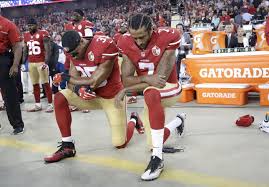 American Cemetery and Memorial in homage to the Americans killed in World War I–allegedly because it was going to rain–marked a new low-water mark in President Trump’s trajectory. To have repeated the same gesture on the following Monday, skipping the Veterans’ Day ceremonies at Arlington National Cemetery in Virginia, for the same reason, was equally unseemly for America’s first patriot. He is, after all, an expert on disrespect. END_OF_DOCUMENT_TOKEN_TO_BE_REPLACED