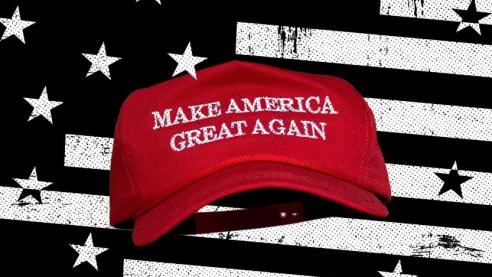 The West Virginia Mine Wars are a dramatic and often overlooked chapter of American history. In the early 1900s in the coalfields of Southern WV, miners faced desperate circumstances. Below ground they withstood some of the worst working conditions in America. Above ground they dealt with brutal mine guards and a mine guard system that controlled the politics and economy of the region.

In 1921 mountaineer families from the nearby hollows, African Americans from the Deep South, and immigrants from places like Hungary and Italy all came together to fight for the right to unionize and basic constitutional rights. From August 20 of that year, miners began rallying at Lens Creek , approximately ten miles south of West Virginia state capital of Charleston. Estimates of total numbers vary, but on August 24, between 5,000 and 20,000 miners began marching from Lens Creek into Logan County. Many of the miners were armed.

Logan County Sheriff Don Chafin had assembled a fighting force of approximately 2,000 county police, state police, state militia, and Baldwin-Felts agents to stop the approaching miners in the mountain range surrounding Logan County. (The brutal, strike-breaking Baldwin-Felts crew were well known. Almost a decade earlier they had played a role in the violent confrontation known as the Ludlow Massacre when the Colorado National Guard used machine guns to kill 21 people, including miners’ wives and children.)

On August 25, 1921, the West Virginia miners began arriving in the steep countryside surrounding Logan, and fighting began. On August 30, 1921, President Warren G. Harding declared martial law for the entire state of West Virginia and 2,500 federal troops arrived on September 2, bringing with them machine guns and military aircraft armed with surplus explosive and gas bombs from the recently concluded World War I. Facing such a large and well equipped fighting force, the miners were forced to stand down. (Source: The West Virginia Mine Wars Museum website)

Though West Virginia remains one of the most backward states in the Union, to a large extent it was their coal that powered the American industrial revolution that gave rise to great fortunes. Unfortunately, not much of that money benefitted the West Virginia miners. According to US Census Bureau’s most recent figures (2017), West Virginia narrowly edged out Mississippi as the state with the lowest median household income in America.

For Me to Have More, You Must Have Less

This observation on the subject of “Zero-Sum USA” is from London-based Umair Haque, one of the sanest and most insightful observers of today’s United States who, incidentally, was at one point in his career the most popular writer at the Harvard Business Review:

Their logic is as brutal as it is backward. My goal in life is to maximize my own money, power, and control. And if that means taking away your happiness, purpose, worth, value, security — very well, so be it. In fact, all the better that way — me preying on you — because it proves how worthy I really am.

Why are Harvard grads stealing people’s life savings in broad daylight — and being celebrated for it? Because precisely the same moral illogic is at work. For me to have more, you must have less. You must have less than me — in every regard, power, money, worth, value — for me to have more. We cannot both have more — only one of us can win. And the one of us that is the strongest, the cruellest, the most abusive — he should be applauded, cheered, and adulated.)

Haque comes to the logical conclusion:

The rest of the rich world has learned the great lesson of history. That cooperative nonviolence is the hand of progress. Social democracy is based on that principle. And it’s not a coincidence that social democracies are all forging ahead, whether Sweden or Canada, even in troubled times — while us Anglos are collapsing into the abyss. The abyss of what supremacy must lead to. Extremism, fascism, authoritarianism.

Are Americans Victims or Perpetrators? Both, Actually

The gleeful perpetrators of this targeted mass killing from a helicopter were never prosecuted, neither by military nor civilian courts.

We are always hearing veiled suggestions that powerful economic institutions are influencing America’s democratic institutions to legislate in their favor. But they never make quite clear which powerful interests, nor what institutions, nor when nor where nor how nor by whom. Not that it’s a secret, at least since 1992 when Donald L. Bartlett and James B. Steele, veteran Pulitzer-Prize-winning investigative reporters for the Philadelphia Enquirer published their book, America: What Went Wrong? In a book that should be required reading in all US schools, Bartlett and Steele revealed, naming names, dates and places, the nuts and bolts of how big-money interests from the American Who’s Who of predatory capitalism dismantled the American middle class along with the conditions that gave rise to it.

The blurb on the back of the book declares:

America: What Went Wrong? is a solid indictment of how the rulemakers in Washington and the dealmakers on Wall Street have changed the rules of the game to favor the privileged, the powerful and the influential–at the expense of everyone else… Bartlett and Steele have managed to tell the story we all suspected in language so clear–and graphics so dramatic–that every reader will see how the lives of all of us have been touched by public acts and private greed.

The authors make amply clear that the sea change to massive inequality that has installed itself in America since the nineteen-seventies was not a result of accident or coincidence. It was a carefully-engineered network of scams designed to transfer the country’s wealth from the hands of the many to the coffers of the few. It started with a series of false “tax reforms” that benefitted the richest taxpayers, including the egregious case of Ted Arison, the Israeli-born cruise-ship magnate and major stockholder in Carnival Cruise Lines who became, in 1991, according to Forbes magazine, “one of the fifteen richest people in the United States with wealth estimated at $2.3 billion.”

How did he do it? According to Bartlett and Steele, it was simple. In order to evade some $200 million dollars of federal tax he simply claimed his right as an American businessman not to pay taxes as his “shipping Company” was incorporated in a foreign country, Panama. And its subsidiaries are organized in Liberia, the Bahamas, the British Virgin Islands and the Netherlands Antilles. So his tax bill between 1985 and 1988 was zero. And this is the result of only one of the revisions of the Internal Revenue Code that “friendly” US legislators refer to as “tax reform.” Arison is not alone. Hundreds of American corporations have benefitted—and continue to benefit–from similar special-interest tax laws. American taxpayers, meanwhile, are obliged to make up the lost tax revenue.

Is There a Solution?

Based on recent history there may be precedents for a solution to the problem of Uncle Sam going seriously off the rails. In the 1930s the citizens of two countries with high levels of civilization lost their collective minds and turned into gratuitous invaders and mass murderers on opposite sides of the world. Both were guided through their own labyrinths of racial superiority, manifest destiny and historical inevitability by skilfull pathological maniacs. I refer, of course, to Germany and Japan.

They were defeated by the Allies—notably Britain, the Soviet Union and the United States–in the Second World War and, though everybody involved in that conflict suffered, it was Germany and Japan that were obliterated by carpet bombing, the latter with the enhancement of two American nuclear warheads. Flash forward a historically-brief three generations and what do we find? Today Germany and Japan are two of the most advanced, most civilized countries in the world. Their remarkable success is based on intelligent leadership and the collaboration of their whole societies in recasting and rebuilding their countries. The fact that neither country supported any military spending during this time was also a factor. Both defeated “superpowers” of their time rallied the collective work and willpower of their entire populations to create new societies based on solidarity, equality, and the universal wellbeing of their citizens and those of the rest of the world. That is to say, they rose heroically from the ashes, not in military terms but in other much more important ways.

Thanks for liking, commenting, following and sharing