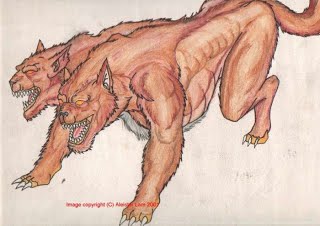 So when my conversation with the South American Gentleman turned to my old classmate, I asked him, “What’s Old Friend up to these days? Is he still at the Ford Foundation?”

“No,” said SAG, “he reached a very high position in the Ford Foundation, but then left them and went to work for a Washington think tank.” He seemed impressed with OF’s near-miraculous ascent.

“I’m not surprised,” I said, “I always suspected the Ford Foundation was a CIA front organization. It seems logical to me that he should go from there to a ‘Washington think tank’. Doesn’t that smell to you a bit like three-day-old fish?” END_OF_DOCUMENT_TOKEN_TO_BE_REPLACED

Just Another Brick in the Wall

While dissent from ruling class ideas is labeled ‘extremism’ and is isolated, individual dissenters may be welcomed and transformed. Indeed, ruling class hegemony is more durable if it is not rigid and narrow, but is able dynamically to incorporate emergent trends. Roelofs reports that John J. McCloy, while chairman of the Foundation’s board of trustees, ‘…thought of the Foundation as a quasi-extension of the U.S. government. It was his habit, for instance, to drop by the National Security Council (NSC) in Washington every couple of months and casually ask whether there were any overseas projects the NSC would like to see funded.’ Roelofs also charges that the Ford Foundation financed counter-insurgency programs in Indonesia and other countries.

Bob Feldman’s long article, Alternative Media Censorship: Sponsored by CIA’s Ford Foundation? offers more spine-chilling details of how these two “philanthropic institutions” work together to advance the gringo agenda in the alternative news media. Feldman’s article explains in part why haven’t we read about this FF-CIA collusion before, even in the freak press. He writes on the Questions Questions website:

The multi-billion dollar Ford Foundation’s historic relationship to the Central Intelligence Agency is rarely mentioned on Pacifica’s Democracy Now / Deep Dish TV show, on Fair’s Counterspin show, on the Working Assets radio show, on The Nation Institute’s Radio Nation show, on David Barsamian’s Alternative Radio show or in the pages of Progressive, Mother Jones and Z Magazine. One reason may be because the Ford Foundation and other establishment philanthropic organizations subsidize the Establishment Left’s alternative media gatekeepers/censors.

See a fascinating diagram of this insidious “gatekeepers” phenomenon at the bottom of this page.

It’s a Pleasure and a Privilege to See Through You, Ford Foundation/CIA

Back to OF and SAG: Is it even remotely possible that SAG, an ongoing recipient of Ford Foundation funds for his human-rights work around the world, is unaware of the half-century-long carnal relationship between FF and CIA? If he is aware of it, why does he deny it so emphatically? If he isn’t, what’s wrong with him? Is he one of the individual dissenters who was welcomed and transformed, in Roelofs’ words, by the Ford Foundation and the CIA?

In any case, it has been a privilege to observe even marginally the machinations of the formidable Ford Foundation-CIA two-headed Orthrus, the philanthropic dog, and to confirm my suspicions regarding OF’s true colors, which explain, at least in part, his rapturous ascension to a high position in a septic think tank, to sit at the right hand of Power.

.Read more rant in my ebook, The Turncoat Chronicles.

END_OF_DOCUMENT_TOKEN_TO_BE_REPLACED

What If We Got It All Backwards?

The most illustrious, most powerful men and women of the U.S. political classes have always been fond of telling us who the Bad Guys were. According to them we’re surrounded by them, have been for a long time. In the 50’s and 60’s it was the Russians. Remember them? They had recently contributed 20 million dead to help us win the Second World War, but we immediately felt we had to be their enemies. Churchill, who was miffed for being sidelined by Roosevelt and Stalin at Yalta, actually advocated “neutralizing” the Russians as soon as the war was over.

The Russian Communists were our pretext for a lot of vile and truculent shenanigans in the name of national security: the cold war, the McCarthy witch hunt, the nuclear arms race, and the tragic destruction of a minuscule South Asian country which was about to push over the first piece in a series of deadly “dominoes” which would take the Red Menace to the American heartland via the port of San Francisco. END_OF_DOCUMENT_TOKEN_TO_BE_REPLACED