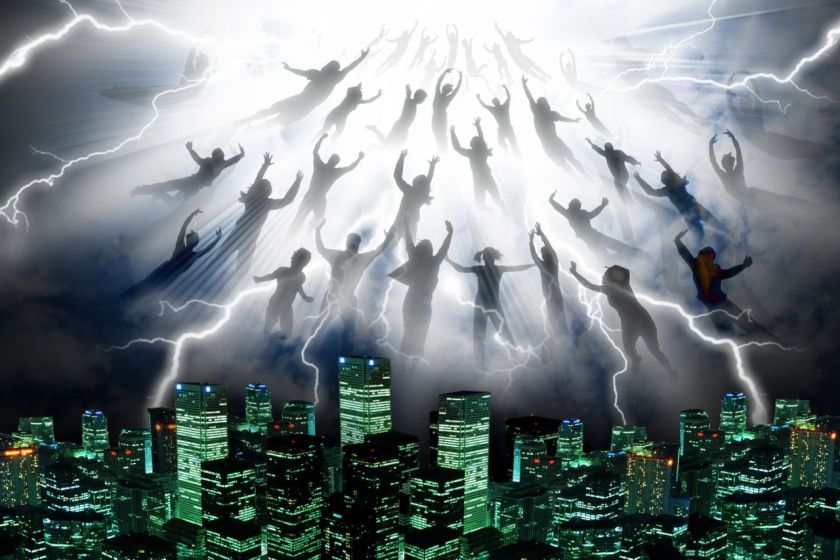 True freedom of religion implies freedom from religion. If it doesn’t it’s not freedom. That’s why an authentic democracy cannot exist under the influence of any religious sect. A religion that preaches that born-again believers will be “raptured” up to heaven while the rest of us go straight to hell is more necrophile hate doctrine than religion, and it has no place anywhere near government circles. Yet, these Evangelicals and Pentecostals are President Trump’s people and he has created posts in the White House for them and facilitated their influence on the government of the United States.

This is the President’s recently-appointed “spiritual advisor,” Paula White, an extravagant preacher who was one of six televangelists investigated in 2007 by the Senate Finance Committee in connection with their fortunes (running to private jets and multiple luxury residences) accrued through “prosperity gospel” practices.

Why would the President take such unseemly measures? Has he converted to the born-again persuasion? Does he “speak in tongues” when he’s among friends? Given his trajectory, it seems unlikely. What is more probable is that his affinity for magical religion has to do with political expediency. According to a Pew Research poll the religious right comprises more than a third of Republican voters, enough to swing a presidential election. Draw your own conclusion. (Source: Pewresearch.org)

Presidential Pandering to the Religious Right

The serious part of the story is that, in order to lock in their loyalty, President Trump is pandering to them in ways that are dangerous for American citizens at large. The born-again belief system requires a war in the Holy Land in order to precipitate the Apocalypse–and the consequent “Rapture.” This may sound like nonsense to you and me but, according to Pew Research, about 36% of American voters believe it and they are essentially calling the shots. My question is: Do they even remotely realize the implications of another war in the Middle East? It’s the equivalent of opening the door to World War III. That’s not a certainty, mind you, but it’s a very real possibility. Do we really want to confront it? What’s in it for us? I only foresee one benefit and that’s the re-election of President Donald J. Trump. Come to think of it, I’m not sure that’s a benefit. Are you a hard-core optimist? You might console youself by considering that, when the Third World War does come, it won’t last long.

There’s even more horror. The person that President Trump has appointed to guide America’s  foreign policy, Secretary of State Mike Pompeo, is one of the born-again Rapture brigade. Does this mean that his–and your–foreign-policy agenda is driven by his sincere Evangelical beliefs regarding biblical end times and how to jump start them? Yes, that’s exactly what it means. Can you live with that?

There’s considerable collateral damage, as well.  What is going on between President Trump and the Evangelicals is a classic symbiotic relationship. Both sides get something they fervently desire. The Rapture sect gets a ticket to heaven. The President gets re-elected. But in order to do so he has to embrace–directly from the highest office in the land–the Evangelical doomsday agenda, to put the United States government’s seal of approval on it. This legitimizing of religious juju as government policy is a terrible step for an American president to take.

Are prayer meetings legitimate responses to the current corona virus emergency? Or are they just fiddling while the country burns? What comes next, ticket sales to the Apocalypse?  The spinoff of the President’s Rapture collaboration is the effect it could have on stability–or more likely instability–in the Middle East. Israel’s extreme-right-wing Likud party and their perrenial President Netanyahu are, of course, milking this geopolitical windfall to advance their own opportunism in the region. Their truculence vis a vis the Palestinians and the Iranians is actually subsidized with donations by Evangelical organizations in the US.

These miracle-religion-tinged policies are especially grave considering the intellectual and ideological vulnerability of America’s young people. Is this the sort of intellectual baggage that American parents want funneling into their children’s heads? Parents in the US are entitled to take that route. It’s a free country and freedom of religion is a laudable principle up to the point where it puts a majority of American citizens in harm’s way. It makes no difference whether that harm comes from a nuclear holocaust radiating from the Holy Land or from a global virus pandemic. Then a sane, responsible lay government must intervene in order to save the very country. The failure to do so would have consequences and they could well be catastrophic.

Are we already beginning to see the onset of that process? It’s March 25, 2020. In just a matter of weeks we should be able to discern the results of President Trump’s recent determination that the country should soon be “open for business.”  How can the President pretend to know at this point what the extension and gravity of the virus will be, even in the short term. Public health professionals and other scientists are admitting that they can’t make predictions without seeing the results of massive testing programs. Clearly, the President can’t, either. And, given his obligation to promote good health and wellbeing for all Americans, to pretend that he can foresee the future is so wittlessly irresponsible that we might consign it to the category of religion. Then it would be up to a second impeachment panel to decide whether the President should be tried for criminal wittless irresponsibility.

Where Do They Go from Here?

If the United States had a sane and responsible governing team with a vision that went beyond their own enrichment and re-election, at this point in contemporary history they would still be in deep trouble. There are just too many life and death issues on the table at this time: COVID-19, their overt and covert wars around the world, their apocalyptic economic situation, their penchant for cultivating enemies around the world and the meteoric rise of some of their adversary countries. Asia is beginning to look quite first world lately while the US is clearly slipping.

But, since the US conspicuously lacks the necessary sanity and responsibility in government where they are destined to go from here is anyone’s guess. The best we can do is just to lie down and enjoy the spectacle. Our current situation can best be summed up by a millenary Chinese curse: May you live in interesting times.