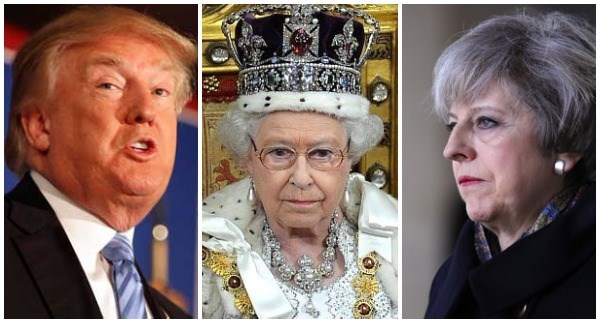 The Biology of Empires

No empire is eternal. The lives of empires correspond to biological models. They are born, grow old and die. That process has not varied from the times of Cyrus the Great, founder of the Persian Empire around 550 B.C. It took the Byzantine Empire more than eight centuries to wind down to zero, and the Holy Roman Empire lasted roughly the same amount of time. In terms of longevity the British Empire doesn’t even make the list of the top 15. It survived for less than 400 years, though it was the largest. In 1922 the “empire on which the sun never set” ruled 458 million people spread over almost a quarter of the earth’s surface. As for the American Empire, it’s a mere upstart. If we look at it from the end of the Spanish American war, the United States already controlled part of Mexico thanks to the “Mexican Cession” land grab at the end of the Mexican-American War in 1848, including today’s states of California, Nevada, Utah, and parts of New Mexico and Arizona. In 1898 they added Puerto Rico, the Philippines and the Island of Guam. These latter two aquisitions were the jumping off points for American establishment in the Pacific.

What has varied in these imperial processes is the speed at which they deteriorate. Far back in history everything was slower, including decline. Today, with everything functioning at electromagnetic speed, the duration of empires tends towards zero. That’s why United States imperialism which, if we include the undeniably imperialistic treatment of native Americans, has only been around since the 17th century, doesn’t look terribly promising. After all, the Ottomans conquered and held Mesopotamia (Iraq) from the 16th century till the end of World War I. Afghanistan was conquered and ruled successfully by the Persian Empire (Iran) from 539 until 331 BC. These primitive successes don’t say much for recent American efforts in those places. “But we’ve got the greatest military power the world has ever seen!” you say. That ‘s true, but it’s not winning many wars, and the the expenditure it requires is impoverishing your country unduly.

How Are Today’s Empires Faring?

Today’s patent reality is that Great Britain’s empire terminated in 1997 witht the return of Hong Kong to China and is now submerged in a disastrous post-imperial Brexit process. The headline on today’s (April 6, 2019) Brexit story in The Guardian:

“A shambles on which the sun never sets: how the world sees Brexit”

Here’s their lead to that story:

A New York Times columnist believes the UK “has gone mad”. How, asks a Russian TV host, can Britain fail so spectacularly “to correlate its capabilities with reality”? For Australia, it’s like “watching a loved grandparent in physical and mental decline”.

From China to Israel and Russia to Brazil, a world well beyond Europe is watching Britain’s Brexit bedlam with sorrow, bafflement and amusement – and, in those parts of the globe once told that Rule Britannia meant order, stability and shared long-term prosperity, not a little schadenfreude.

Washington Post columnist Fareed Zakaria says in an article entitled: “Brexit will mark the end of Britain’s role as a great power” that:

The UK, famous for its prudence, propriety and punctuality, is suddenly looking like a banana republic” – and its implosion might even be the beginning of the end of “the west, as a political and strategic entity.

On the Other Side of the Atlantic 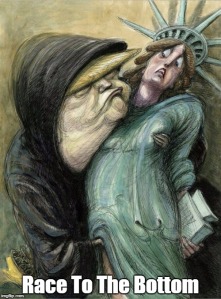 At the same time the United States is beset by a know-nothing regime, dangerous to its own country and to the rest of of the world. We must never lose sight of the fact that, given today’s rates of change in everything, the last chapter of the American decline could be rapid, not to mention cataclysmic, and its scope would not be limited to the United States. I won’t bother citing examples to substantiate the danger that President Donald Trump and his team represent. Just pick up any newspaper, any day, and look at the front page.

In both cases these uncomfortable post-imperial situations were brought on by the cynical manipulation of the myths of their histories. Both countries are paying the price today for centuries of government-induced mass delusion regarding their glorious pasts.  We’re talking about the great tradition of American political folklore: nationalism and jingoism, exceptionalism, my-country-right-or-wrong patriotism, racism,  militarism, and, of course, heroism in the defense of freedom for markets.

History sees George Washington indifferently, from a mediocre to merely competent military commander whose primary mission was to buy time for the French to intervene to turn the tide in the Revolutionary War. The truth is that Washington’s ragtag army incurred some brutal losses on the battlefield. Yet Americans have been taught to revere him as an exemplary lad who fessed up to chopping down a cherry tree and went on to become a war hero and “the father of our country.” Washington had no children.

All the rest of American history, as told to high-school students, is similarly rose tinted/tainted, a fact which is well documented in Lies My Teacher Told Me: Everything Your American History Textbook Got Wrong, a 1995 book by James W. Loewen, a sociologigy professor. The Goodreads.com blob says:

After surveying eighteen leading high school American history texts, he has concluded that not one does a decent job of making history interesting or memorable. Marred by an embarrassing combination of blind patriotism, mindless optimism, sheer misinformation, and outright lies, these books omit almost all the ambiguity, passion, conflict, and drama from our past.

The British are similarly addicted to their Rule Britannia traditions, and their neurosis has had more time to simmer. Their very name, “Great Britain,” is pretentious and overbearing. After all, we don’t refer to Great United States, Great Germany or Great China. Fair enough, Britain could have been construed as great until quite recently, but today it’s just a damp little island abandoned in the North Atlantic. But the Great British are having none of that. The last vestige of imperial Britain was Hong Kong, returned to China in 1977, in the living memory of older Brits–and the older they are the more they cling to their country’s imperial greatness. The area in square miles of Great Britain (England, Scotland, Wales and Northern Ireland) is roughly the same size as the state of Indiana. Only 12 of the 50 states are smaller than the whole of Great Britain.

British greatness today, in the light of the current Brexit debacle, is based almost exclusively on imperial hauteur, the main ingredients of which are ignorance and arrogance. Prime Minister Theresa May’s leadership has been shown by methodical European negotiators to be intellectually, politically and morally deficient, incapable of navigating the complicated waters of a European divorce between sovereign nations. EU insiders affirm that May and her inexperienced negotiating team are driving them around the bend. The mediocrity of the Brits shines even brighter in the light of May’s arrogance on her way into the negotiations in 2016, declaring herself, “a bloody difficult woman.”

That might qualify her for a pub brawl, but certainly not for negotiating one of the most complex and delicate deals in British history against the best that 26 EU countries could set against her. Her now-resigned chief negotiator, David Davis, the self-styled “charming bastard” of Brexit, was seen entering into negotiating sessions without a single piece of paper. It’s not clear whether or not he was carrying a pencil or a pen. Whatever the case, European negotiators were amazed, and not in a good way. (The complete list of British Brexit negotiators’ boutades would fill a volume you wouldn’t want to carrry in your briefcase.)

Today, Saturday, April 6, 2019, with Great Britain teetering on the very brink of EU auto-exclusion, BBC News quotes British Chancellor Philip Hammond, affirming that he’s “optimistic” that Brexit discussions between the government and Labour can reach “some form of agreement”.

But, according to the same BBC.com story, Labour’s Diane Abbott says the government has made “no movement” in the talks on the political declaration, which outlines future UK-EU relations. Three days of talks ended on Friday without agreement and Labour said no more talks were planned this weekend.

In the interest of fairness, I’ll share with you a couple of pithy quotes from a recent article (Dec. 14, 2018) in the Washington Post:

“She was given a mandate beyond her control and did not have any leverage on her side.”

“In the last two decades, Britain has left much of that work to Brussels, which meant it didn’t have a team of seasoned experts ready to swoop in.”

It seems that the Great British, long accustomed to rule, are going to have to get used to occupying a humbler place in the world, either that or sinking into deep denial, which seems to be their current state.

Meanwhile Back in the USSA

Let’s include in our definition of “imperialism” not just countries taken over and ruled by viceroys, but also soverign nations that are “corrected” from time to time by means of invasions by imperial powers. This has been the modus operandi of the United States in Central and South America for more than a century in places like Mexico, El Salvador, Guatemala, Nicaragua, Panama, Grenada… Nor are they above organizing local reactionary elements to do the dirty work form them as in Chile and Argentina.

If you’re interested in seeing more details regarding the yanqui’s high-handedness south of the border here’s  a link to a recently-updated Associated Press article: Before Venezuela, US Had Long involvement in Latin America

Since Imperial America was humiliated in Vietnam 44 years ago they have limped forward at a surprisingly slow pace despite their impressive high-tech military-industrial complex and their 1,000 military bases around the world, surrounding almost everybody. Though they had little trouble subjecting tiny countries like Panama and Grenada, they had a harder time digesting more substantial places like Afghanistan, Irak and Cuba.

The imperial mindset inevitably extends into domestic affairs. Great Britain’s own Lord Acton reminded us: “Power corrupts…” A prima facie case for this is evident today throughout the American government. The US Supreme Court’s Citizens United decisión was clearly corrupt, cynically tailored to the advantage of big industrial and financial institutions. Today’s American government has been virtually bought and paid for by special interests, a fact which logically disauthorizes any of its initiatives whether at home or abroad.

The handling of the firearms situation in the US is so egregious that is without paragon anywhere else in the world. That a thuggish interest group like the National Rifle Association should call the shots on such a vital question is seen as beyond the pale in all minimally civilized countries. As for the authority of the Second Amendment to the Constitution, it’s as irrelevant today as phrenology and the Supreme Court of any advanced country would interpret it as such.

If the máximum corruption is government power beyond democratic control, then the United States, with the Pentagon’s unaccounted-for $2-trillion, takes the prize. It’s not that the sinister dwarves at the Pentagon don’t know where that money went. They’re just not telling. It’s too, well, sinister. As for illegitimate power how’s about President Donald Trump boasting aloud that, if push comes to shove, he has the police and the military on his side?

Who Will Win the Trans-Atlantic Race to the Bottom?

Keeping in mind that it’s an unfair race, since the Great British had a head start, and is currently undergoing a serious setback with Brexit, it would seem that the UK is most likely to hit bottom first. However, considering the wild and anti-natural swings of the American pendulum, one could make a case for a probable American victory. They need a victory. But we can’t relax. Their imperial downfall would most likely affect us all, and not in a good way.

Thanks for commenting, following and sharing.