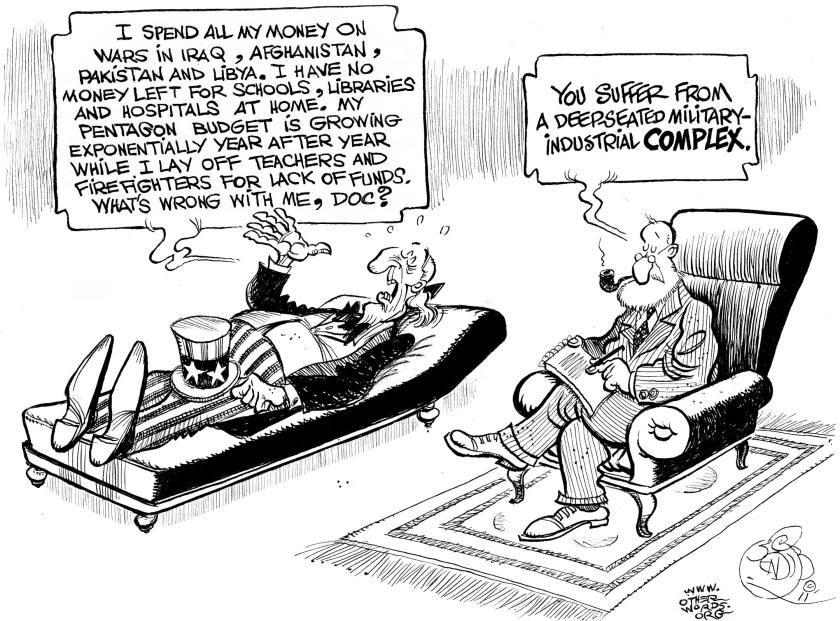 It’s not only about Trump. He’s just the token tip of the American iceberg. Look beneath, that’s where all the serious–and seriously scary–stuff is to be found. Ironically, most of the players and issues that affect your lives in meaningful ways–both positive and negative–don’t make the papers much and, even if they did, Americans don’t read the papers as much as they used to.

So, what are the American people up against? They (you?) are facing a systematic undoing of laws and institutions, regulations and rights that have protected American citizens for many years. The following are just a few examples. Suddenly the Secretary of the Interior becomes the Secretary of Wrecking the Interior. How is this demolition operation going on? See this clip from the NY Times: 52 Environmental Rules on the Way Out Under Trump. END_OF_DOCUMENT_TOKEN_TO_BE_REPLACED

In the Meantime What Was Happening at Home?

On the home front a set of similar phenomena was set in motion that led to a sea change in American values—induced, not natural. Little by little, principally but not exclusively under Republican administrations, priceless American values have been eroded beyond recognition.  Where they once had a measure of solidarity—“…unity of a group or class that produces or is based on a community of interests, objectives and standards…” Merriam Webster dictionary—the Americans now subscribe to the “every man for himself,” or “dog eat dog” philosophy. Where they once respected the hard-earned dollar they now lust after easy money. A majority of Americans used to believe in equality. Their racial politics are now turning increasingly racist or white supremacist. As for economic equality, that is a thing of the past. They have exchanged generosity for greed.

Remember open-mindedness? You might have noticed that it has largely given way to adherence to one orthodoxy or another. Simple kindness and good manners are yielding to bare-fisted rudeness and trumpulence. Truth-telling, especially telling truth to power, is on the way out. It can actually be dangerous. As for the “official truths,” they are products of the most sophisticated systems of lying ever foisted upon the human race. END_OF_DOCUMENT_TOKEN_TO_BE_REPLACED

Here’s some more honest reporters that I think we can trust. See what you think.

Tom Engelhardt created and runs the Tomdispatch.com website, a project of The Nation Institute where he is a Fellow. He is the author of a highly praised history of American triumphalism in the Cold War, The End of Victory Culture, and of a novel, The Last Days of Publishing, as well as a collection of his Tomdispatch interviews, Mission Unaccomplished. Each spring he is a Teaching Fellow at the Graduate School of Journalism at the University of California, Berkeley.

Tomdispatch.com is the sideline that ate his life. Before that he worked as an editor at Pacific News Service in the early 1970s, and, these last three decades, as an editor in book publishing. For 15 years, he was Senior Editor at Pantheon Books where he edited and published award-winning works ranging from Art Spiegelman’s Maus and John Dower’s War Without Mercy to Eduardo Galeano’s Memory of Fire trilogy. He is now Consulting Editor at Metropolitan Books, as well as co-founder and co-editor of Metropolitan’s The American Empire Project. Many of the authors whose books he has edited and published over the years now write for Tomdispatch.com. He is married to Nancy J. Garrity, a therapist, and has two children, Maggie and Will.

To find out more about Engelhardt check out:

Harry Kreisler’s interview, “Taking Back the Word”, on the Conversations with History website.

More Honest Journalists Whose Word We Can Trust

Independent who specializes in analysis of Iraq, Syria and wars in the Middle East. In 2014 he forecast the rise of Isis before it was well known, and has written extensively about it and other players in the region. He was born in Cork in 1950, went to school there and in Scotland, took his first degree at Trinity College, Oxford and did graduate work at the Institute of Irish Studies, Queens University Belfast before shifting to journalism in 1978. He joined the Financial Times, covering the Middle East, and was later Moscow correspondent. He joined The Independent in 1990, reporting on the First Gulf War from Baghdad, and has written largely on the Middle East ever since.

How to Find the Trustworthy Sources

You find them the way you find everything else, by doing your homework thoroughly and unhurriedly. There are a lot of sources out there who want to convince you to sign on to their agenda. How do you distinguish them from dispassionate, objective reporters?

A word of warning: The brief paragraph above is filled with quicksand and rip currents and the odd toothy beastie. It gives the impression of neutrality, but nothing could be farther from the truth. The first source who wants to convert you to his progressive, socialist agenda is me. As for “dispassionate, objective reporters,” being on the front lines of international war and political reporting, seeing death, destruction and injustice day after day does not tend to make a person “dispassionate.”  If they’re proper human beings it makes them passionate. END_OF_DOCUMENT_TOKEN_TO_BE_REPLACED