More Honest Journalists Whose Word We Can Trust

Independent who specializes in analysis of Iraq, Syria and wars in the Middle East. In 2014 he forecast the rise of Isis before it was well known, and has written extensively about it and other players in the region. He was born in Cork in 1950, went to school there and in Scotland, took his first degree at Trinity College, Oxford and did graduate work at the Institute of Irish Studies, Queens University Belfast before shifting to journalism in 1978. He joined the Financial Times, covering the Middle East, and was later Moscow correspondent. He joined The Independent in 1990, reporting on the First Gulf War from Baghdad, and has written largely on the Middle East ever since.

Pepe Escobar is the atypical ace, refreshingly straight talking and erudite on current international affairs. He is the roving correspondent for Asia Times/Hong Kong, an analyst for RT and TomDispatch, and a frequent contributor to websites and radio shows ranging from the US to East Asia. Born in Brazil, he’s been a foreign correspondent since 1985, and has lived in London, Paris, Milan, Los Angeles, Washington, Bangkok and Hong Kong.

Matt Taibbi used to be merely the enfant terrible of The Rolling Stone. He still writes for 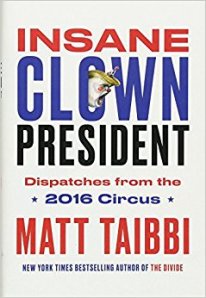 them but now when he speaks people sit up and listen. His irreverence and straightforwardness make him appeal to some and repel others. Taibbi’s history makes him different from most young American journalists.

He grew up in the Boston, Massachusetts, suburbs and graduated in 1992 from Bard College. After spending a year abroad studying at Saint Petersburg Polytechnical University in Russia Taibbi then worked there for six years. In 2000, he published his first book, The Exile: Sex, Drugs, and Libel in the New Russia.

Here’s a video interview with Taibbi talking about his Donald Trump book. 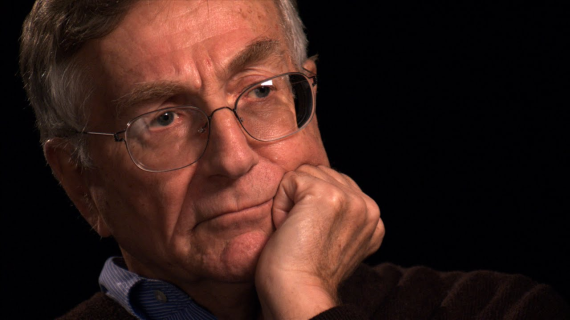 American investigative journalist and political writer, Sy Hersh is so respected that, instead of phoning his sources for information, they phone him whenever they detect something amiss in the government. He won a Pulitzer Prize for his scoop on the My Lai Massacre in 1970 and was also the reporter who uncovered the abuses in the Abu Ghraib prison in an article for the NY Times 34 years later. Over his long career, Hersh received numerous honors including a Pulitzer Prize and five George Polk Awards.

A protegé of the legendary I.F. Stone in his youth, Hersh rocked the Washington boat again with his 2015 article in the London Review of Books that cited Pakistani and anonymous U.S. sources —that U.S. officials and Pakistani governments, including U.S. Pres. Barack Obama had disseminated a false version of the 2011 raid on the compound in Abbottabad, Pakistan in which Osama bin Laden was killed. Among the allegations made by Hersh was that the Pakistani intelligence service had been holding bin Laden prisoner since 2006 and that Pakistani officials knew about the raid before it happened. The Central Intelligence Agency and the Obama administration denied the allegations.

Video: The World According to Seymour Hersh, Part 1–Interview with Tarik Ali