American Individuality Off the Rails

Fifteen months ago, in my first post for this blog, I wrote, “…what you will read here in the coming weeks and months won’t be mainly about Donald Trump.” Unfortunately, I have not been able to keep that promise. President Trump incessantly requires replies, now more than ever. His recent spate of boutades on both sides of the Atlantic obliges me to direct our attention to him once again. For the President of the United States of America to skip his planned visit on Saturday, November 11, to the Aisne-Marne

American Cemetery and Memorial in homage to the Americans killed in World War I–allegedly because it was going to rain–marked a new low-water mark in President Trump’s trajectory. To have repeated the same gesture on the following Monday, skipping the Veterans’ Day ceremonies at Arlington National Cemetery in Virginia, for the same reason, was equally unseemly for America’s first patriot. He is, after all, an expert on disrespect.

Are you ready for the bitter-chocolate frosting on the cake? The HuffPost published this little news item on Tuesday, November 13: 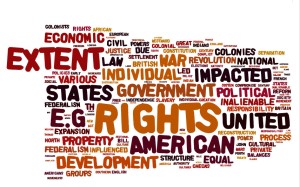 Two days after skipping a visit to an American military cemetery near Paris because it was raining, President Donald Trump called for effectively disenfranchising overseas military members voting in Florida, raising further questions about the draft-evading president’s commitment to the armed services.

“The Florida Election should be called in favor of Rick Scott and Ron DeSantis in that large numbers of new ballots showed up out of nowhere, and many ballots are missing or forged,” Trump tweeted early on Monday, the observed Veterans Day holiday for the federal government. “An honest vote count is no longer possible-ballots massively infected. Must go with Election Night!”

Scott and DeSantis are the GOP’s candidates for U.S. senator and governor in Florida whose election-night margins of victory have resulted in legally mandated recounts. But skipping those recounts would not only violate state law, it would ignore the ballots of tens of thousands of Florida-based troops deployed overseas. Those ballots are supposed to be counted if they arrive by this coming Friday.

There’s more. This came out in The Guardian on Wednesday, November 14:

As France marked the anniversary of the November 2015 Bataclan theater attacks in Paris in which 130 people were killed, Trump launched a string of angry tweets on Tuesday, condemning the key US ally over its near defeat to Germany in two world wars, its wine industry and Emmanuel Macron’s approval ratings.

When asked on Wednesday about the US leader’s Twitter posts, the French government spokesman, Benjamin Griveaux, said: “Yesterday was November 13. We were marking the murder of 130 of our people, so I’ll reply in English: common decency’ would have been appropriate.”

What’s wrong with President Trump? The Spanish would attribute his malady to his mother’s milk and his father’s money, but I think it goes far beyond those factors. That said, we should not be fixing on Donald Trump’s personal psychopathology; what’s wrong with him is the least of our worries. The real question is, what’s wrong with America?

Before we launch our fragile boat into the turbulent waters of America’s problems, let’s set the scene. The following is an introduction to American culture for foreign students published on the University of Missouri–St. Louis website. I found it quite apt:

How Americans See Themselves
Americans do not usually see themselves, when they are in the United States, as representatives of their country. They see themselves as individuals who are different from all other individuals, whether those others are Americans or foreigners… Individual Americans may think they chose their own values, rather than having had their values and the assumptions on which they are based imposed on them by the society in which they were born. If you ask them to tell you something about “American culture,” they may be unable to answer and they may even deny that there is an “American culture…”

The most important thing to understand about Americans is probably their devotion to “individualism.” They have been trained since very early in their lives to consider themselves as separate individuals who are responsible for their own situations in life and their own destinies.

Individualism, the Down Side

A case can be made for considering this axiomatic individualism the principal foundation flaw in the American moral code. It permits “me” to overshadow “us” and leads inevitably to a cascade of dubious values.  It virtually precludes, for example, moral assets that should be at the top of the country’s priorities: generosity, empathy, humanity, solidarity and equality, not just statutory egalitarianism but sincere equality based on respect and shared humanity. That would rule out, of course, any tolerance of Nazism, White Supremacy or male superiority, all of which are just convenient lies for maintaining the status quo.

Part of the answer to this problem of individualist exclusivism is, of course, education. But what education, what curriculum, what underlying philosophy? Permit me to suggest an alternative, a humanist and humanitarian curriculum that emphasizes critical thinking and democratic, egalitarian moral principles. Schools and universities should not be mere vocational institutions where young people are taught to calculate and speculate. Ideally, they should be places where students–at their most idealistic ages–might learn to think for themselves and learn to learn.

This education model is, of course, exactly what the Trump White House–in the person of Education Secretary, Betsy de Vos–is militating against, in favor of revealed-truth religious academies. She presumably completed eighth grade so she must be aware that education in the United States today, both public and private, rests on a foundation of sacrosanct American values that are considered grave aberrations in the advanced countries of the world. The Americans have technology, rugged individualism, and the self-made man, but they lack solidarity with the good people and causes in the world, just as they lack the sincerity and courage to recognize the gratuitous death and destruction their government is sowing so frivolously around the world.

The upshot of these brutal “values” is a country dedicated to permanent aggression at home and abroad. No other country with valuable natural resources or a strategic location is exempt. This belligerent policy promotes arms manufacture, international trafficking and strange bedfellows like Saudi Arabia. This bellicose agenda is accompanied by radical measures to keep the working classes in their place. There are the massive tax cuts for the rich and it looks as if more may be on the way. No sentient person in the real world can understand how these priorities can override issues such as essential infrastructures, education, health care, environmental protection, and infant mortality, which in the United States is 6.2 per thousand births (source InfoPlease.com). Here is a list of 43 places in the world (same source) that take better care of their newborn babies than the United States. (Need I add that most–if not all–of these places offer their citizens universal health care?)

I’m sure any self-respecting American politician could offer a cogent “explanation” for these raw statistics but, in the meantime, they give me cold chills.

If you remember 11th-grade civics class the checks and balances cleverly placed in the Constitution by the founding fathers were supposed to guarantee American democracy.  But of what use are restraints on the executive, legislative and judicial branches of government if all of them are gravely corrupted? The corruption used to be disguised behind varied subterfuges, but no more, not since the Citizens United v. Federal Election Commission case and the Supreme Court decision of 2010. According to a 2012 Mother Jones piece, this masterwork of judicial wisdom:

… wiped out 100 years of precedent in campaign-finance law. Building on a key 1976 decision that campaign spending was a form of speech and therefore protected by the First Amendment, the justices in Citizens United v. FEC extended that protection to corporations. They ruled that corporations (which already are considered “persons” for many constitutional purposes) have First Amendment rights similar to those of average voters, and keeping them from spending money to support or defeat specific candidates is unconstitutional.

The Citizens United decision opened the floodgates for millions of dollars of mainly corporate money to flow into federal elections. The upshot was the virtual purchase of the United States government by seedy ultra-conservative economic interests. This is essentially where President Donald Trump came from. It’s not clear how many Americans understand this phenomenon. What is clear is that Citizens United is arguably the greatest fraud foisted on humanity since the Resurrection.

The Undeniable American Values They Often Forget to Mention 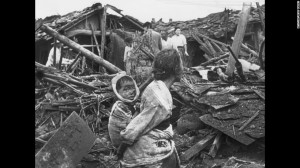 Maybe They Should Leave Metamorphosis to the Butterflies

The United States has thus metamorphosed over the past half-century or so from a country with qualitative concerns–life, liberty and the pursuit of happiness–to one ruled by quantitative criteria. Nearly everything can be reduced to market values, converted into a commodity. More is better: more conspicuous cribs, more limos, more bling, all of which is hammered home relentlessly by the seemingly mindless mass media. I say “seemingly” because the media magnates know exactly what they’re dishing out to the American people, and why. A dumbed-down populace is so much easier to herd than a population of citizens who actually think.

The fast buck rules, along with all the opportunism and dishonesty that entails. We all like profit, but to like it with religious fervor to the exclusion of everything else, come hell or high water, is perversion and will eventually bring any country down, even the richest most super-powerful country in the world. There are sales techniques (and psywar is just applied salesmanship) capable of pandering to humanity’s lowest instincts and American marketing geniuses know how to use them. We’re talking about selling greatness in the form of instant gratification, easy money, exclusiveness (whatever that means), everlasting life, Beemers and Mercs, great suits, a perfect ass, the deaths of your enemies…

Donald Trump is not only the extreme representative of America’s atypical set of rules of conduct. Insofar as he was born and raised under the American bell jar, he is also a victim. What are the moral principles that guide the majority of Americans in their life-forming decisions? You can start by googling “American values” and, in a matter of 0,42 seconds, you will be presented with 743 million results. As that number is not easy to get a grip on, Google offers us a modest pre-selection:

As for President Trump’s pre-history, I recently discovered that he is distinguished by his own word in the dictionary. It dates from more than 500 years ago. According to Dictionary.com, Trumpery: n. mid-15c., “deceit, trickery,” from Middle French tromperie (14c.), from tromper “to deceive,” of uncertain origin. Spelling influenced by trump (v.). Meaning “showy but worthless finery” is first recorded c.1600.

A quote from The Atlantic

“We risk being the first people in history to have been able to make their
illusions so vivid, so persuasive, so ‘realistic’ that they can live in them.”