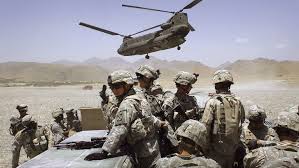 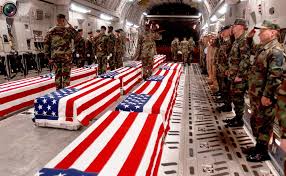 .I Think I Can Explain Why

Can anybody remember a time when the United States was not at war, in some form or another, somewhere, with someone? I can’t, and I’m 74 years old. They seem to be in a permanent state of military conflict. Is this eternal war due to mistakes, coincidences or deliberate policy decisions? I’ll opt for the latter. It’s unlikely for any person or country to be so wrong so consecutively over more than three quarters of a century. The trend looks even worse if it’s the same “mistake” over and over again. As for coincidences, the statistical unlikelihood of these events occurring coincidentally is utterly off the graph. There aren’t enough nines to express it.

So, we’re left with policy. Where can such a demented policy come from and how does it come about? I think I can explain it. Essentially it’s due to a misunderstanding regarding “democracy.”  The Americans’ think it can be promulgated by the sword and harbor a missionary zeal for spreading it around the world and into outer space. Curiously this missionary fervor grows in geometric proportions when the Americans are dealing with countries that are strategically located (eg. Vietnam) or rich in natural resources (eg. Iraq and Venezuela) or both (eg. Iran). It’s the 21st century equivalent of “civilizing and christianizing our little brown brothers.”

For some as-yet-unexplained reasons many of the sovereign countries selected by the Americans for democratization are reluctant to accede to the now-familiar process which begins, “You have been selected…” They resist, vocally at first, then via diplomatic channels, then by means of massive popular street demonstrations and finally by actual armed resistance on the part of “insurgents,” “illegal enemy combatants” and the like. American responses to this senseless escalating negativism progress from simple democratic sales pitches through bribery to threats and discreetly targeted assassinations. In the end the American proponents of universal democracy are often obliged to resort to pacification programs based on bombing and  “boots on the ground.”

These inevitable coercive measures are inevitably misconstrued–maliciously or otherwise–by America´s enemies and their dupes as “war.” This misconception of recurrent disciplinary measures in one recalcitrant country after another as “war” gives rise to “The Myth of Permanent War.”

The first instance of this phenomenon that I can recall from American history has come down to us as “The Mexican Cession” of 1848 in which Mexico, with her capital under American military control, graciously ceded to the United States almost half of her territory, land which now makes up the US states of California, Nevada, Utah, most of Arizona, about half of New Mexico, about a quarter of Colorado, and a small section of Wyoming. The following year significant gold deposits were discovered coincidentally at Sutter’s Mill in California, giving rise to the California Gold Rush. Some people have all the luck.

The philosophical underpinnings of this annexation are referred to today as the United States’ “Manifest Destiny.” In subsequent years this grab-the-capital-and-make-outlandish-demands technique was to become a favorite not only of the United States but also of other ambitious advanced countries whose populations urgently  required “lebensraum.”

Why the American Maximum Security Prison for Terrorists is in Guantanamo, Cuba and not Ohio

After the Spanish American War in 1898 the United States kept control of both Cuba and the Philippines. They still control a piece of Cuba in Guantanamo Bay and hung on to Clark Field (later Clark Air Base, the largest American base abroad) in the Philippines until 1979. That was on paper, as the American military presence at Clark lingered on and culminated in an ambitious US building program there throughout the 1980’s. In June of 2012, following actions regarding Chinese claims on the West Philippine Sea, the Philippine government agreed officially to the return of  US military forces to Clark. Turn, turn, turn…

In order to keep the democracy wheel turning the American elites require formidable enemies. They are the motor of the whole theater. From 1945, when the Americans and the British turned on their Soviet allies, till 1989 when the Soviet Union collapsed, the Russians were the ideal enemies, poor and not terribly dangerous but easy to draft them into an arms race they couldn’t possibly win. The Russkies were handy as a Swiss army knife whenever the American establishment needed a threat or a scapegoat. This game of bear bating ended abruptly with the fall of the Soviet Union. The Americans sorely missed their comfortable enemy/facilitator for the following dozen years.  During that time they were forced to create their enemies themselves, financing them, arming them, training them and deploying, as they did in Afghanistan. Years later they were to discover that this procedure wasn’t entirely satisfactory.

Then came September 11, 2011. Nine-eleven was such a windfall for President George W. Bush and his merry band of neocons that it’s hard to believe that it was conceived by a handful of semi-literate Islamic militants in an Afghan cave. The new enemy, “terrorism,” had untold advantages. It was vaporous and impossible to pinpoint. It could be under the bed. It could fit into a compact car and be transported inconspicuously anywhere in the world on short notice. Its time bombs and suicide attacks were horrendous and struck innocent civilians which made for great newspaper headlines. It was the perfect fear generator and pretext for axing the Americans’ traditional (and constitutional) liberties. See Patriot Acts I and II. To top it all off, it could be associated with a given race and a given religion, making police profiling and media damnation a piece of cake.

This marvelous all-encompassing new enemy gave us ubiquitous surveillance cameras and excellent airport controls, but more importantly it gave the neo-cons the opportunity to implement their ambitious civil and military democratizing agenda. Now, for the modest price of suspending a few old-fashioned civil liberties the Republican zealots could invade, arrest,  transport and torture anybody anywhere in the world. Never mind that the sinister carte blanche the shrewd neocons had given themselves could be turned against Americans anywhere in the world.

Did the presidency of Barak Obama change the scene at all? Not one iota. President Obama used to sit down regularly with John Brennan, whom he later promoted to CIA director, to personally choose the victims to be assassinated by US drones.

Who wins? Who Loses? Who cares?

Armed with the fattest defense budget in the world–more money to spend on “defense” than the following 26 countries combined–the US still has problems winning their wars, unless you count the campaigns against Panama City and the Caribbean island of Grenada which, I think you will agree, is hardly fair. In fact, they haven’t won a war since World War II. And there is a case to be made for the possibility that their allies–and later chosen enemies–the Russians actually won that war (at a cost of 16-20 million dead) from the East while the British and the Americans mounted sideshow distractions in the Low Countries, Italy and North Africa.

The Americans lost in Vietnam, they lost in Iraq and they’re losing in Afghanistan and Syria. A logical question to pose at this point might be: “After losing so much, how do they manage to go on democratizing the world? Doesn’t it cost a lot of money to lose a war?” Yes, it does and it’s a problem with which American administrations have been confronting for years. How do they pay the bills and not only that? How do they justify them to the citizens? The answer is that American politicians don’t pay the bills. The American taxpayers do, thanks to the consummate skill of politicians in manipulating public opinion, a task which the American establishment has turned into an art. Furthermore, in wartime they can simply put it on autopilot. It’s as simple as posing the question: “Don’t you support our boys?”

So we’re left with two losers, the American people and those of the country being democratized. Who wins then? Don’t take your eye off the walnut shells. The United States military/congressional/industrial complex wins. They never lose. Rather, even when they lose they win. Of course. They’re the ones who designed the game and set it in motion. Best of all, it’s legal. They saw to that, too. And they win big. The profits of the manufacturers of modern arms are astronomical. And their revolving doors are always open to admit deserving politicians in their golden years and to excrete highly-placed, well-connected executives into “government service.”

The bottom line is that the United States spends a couple of trillion dollars and some thousands of American soldiers’ lives–not to mention those of many thousands more of men, women and children who made the grave mistake of being born in an oil-rich country. The cynicism of the myth spinners encourages the world to believe that this process makes the United States military/congressional/industrial complex responsible for the most serious ills of the rest of the world. “Warmongers,” the mythologists call them when, in fact, they’re just business people–in the business of exporting democracy to the less enlightened reaches of the globe and then dividing up the profits.

The Lesson Remains to Be Learned

But wars are not won just by money, hardware and lies. They are won by the human spirit and by respecting the enemy. Look at the North Vietnamese Army at Dien Bien Phu and at Khe Sanh. Wars are won with perseverance and sacrifice. Look at the Russians at Stalingrad. Einstein defined insanity as “employing the same methods every time while expecting different results…” So, what results are we to expect from President Trump’s turn at bat in the permanent American war when it comes to democratizing Venezuela, Iran, Iraq (again) and Afghanistan (ditto)? You don’t have to be Einstein to guess the answer.

P.S. I just ran across this clip of Oliver Stone speaking to the Writers Guild Awards 2017. He discusses permanent war. Very cogent and convincing: https://youtu.be/eeEcBpF9ulI

Thanks for commenting and sharing.
.