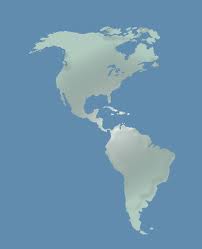 The Americans of the United States Deserve Their Own Denomination

The other half can be righted by another simple measure. I suggest they adapt a variation on the Spanish linguistic custom of “gentilicios,” which attributes generic names to the people and things from different places. Just as the people of Madrid are “madrileños,” those of Cádiz are “gaditanos,” and those of New York are “Neoyorquinos,”  the people of the United States as a whole are referred to as “estadounidenses.” So, by the same token, let the citizens of the United States refer to themselves in English as “United Statesians.” That way they can proudly refer to their own country without stepping on the toes of millions of American neighbors.

We trust that these new linguistic measures–much more in keeping with the proud United Statesian democratic traditions of fairness and justice–will be implemented within 90 days.

P.S. Neither is the “World Series” the World Series. It’s the United Statesian Series.

Thanks for commenting and sharing.
.