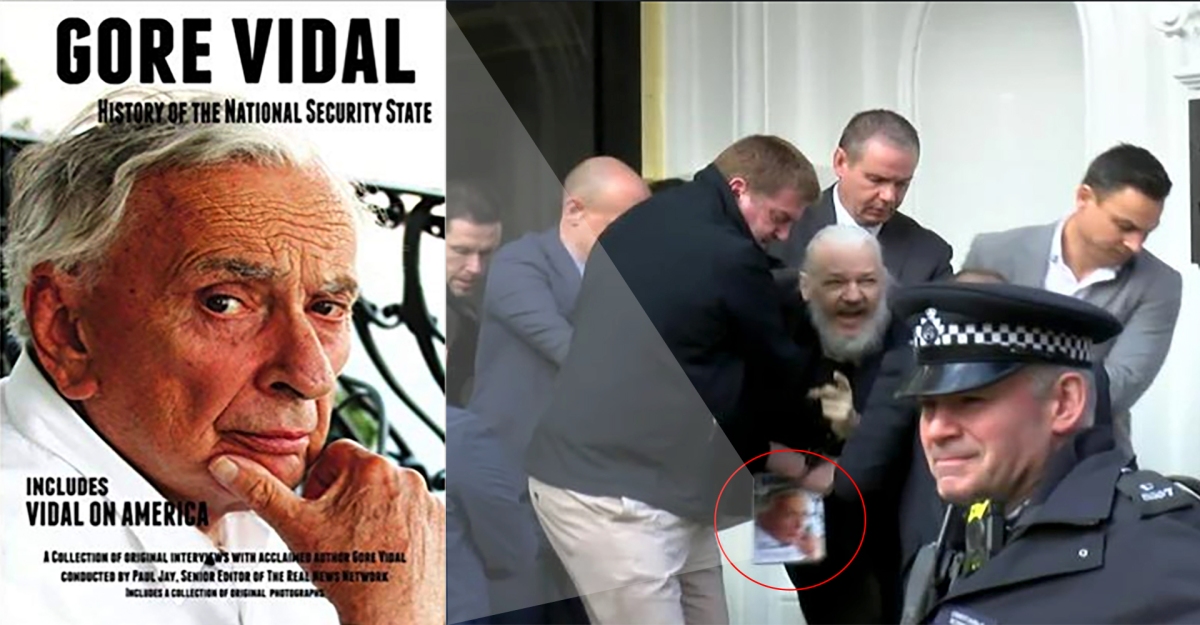 Then Came the National Security State

The American National Security State generally refers to the ideology and institutions (CIA, Dept. of Defense, etc.) established by the National Security Act of 1947, an enduring legacy of then President Harry S. Truman in support of his doctrine “to support free peoples who are resisting attempted subjugation by armed minorities or by outside pressures.” (Source: Michael J. Hogan, A Cross of Iron: Harry S. Truman and the Origins of the National Security State, 1945-1954). Hogan’s book explains the transformative process under Truman that ended in the ultimate demise of the New Deal state with its emphasis on social spending, and ushered in the militarist National Security State, which promptly proceeded to dedicate itself to subjugation and outside pressures. (Source: Sourcewatch.org)

The National Security Act brought about a major restructuring of the United States government’s military and intelligence agencies following the war. It created many of the institutions that subsequent Presidents have found useful when formulating and implementing foreign policy, including the National Security Council (NSC). It also created the Department of the Air Force, converting the Army Air Force into a separate branch of the armed forces.

Then, in rapid succession, came the  Central Intelligence Agency (CIA) in 1947, taking over from the Office of Strategic Services (OSS), (1942–45) headed by Major General William Joseph (Wild Bill) Donovan and dedicated to obtaining information about and sabotaging the military efforts of enemy nations during World War II. Donovan is regarded as the founding father of the CIA, and his statue stands in the lobby of the CIA headquarters in Langley, Virginia, both as homage to Wild Bill and to his freewheeling  style in international relations, a lot of which remains today. The North Atlantic Treaty Organization (NATO) followed in 1949, and the National Security Agency (NSA) in 1952. The NSA quickly grew into a massive high-tech and top-secret organization dedicated to signals intelligence and capable of of spying on everybody, everywhere.

With all these pieces in place, the United States was ready to undertake their world takeover. The first steps in that militarist departure are today referred to as the Cold War. Today, 67 years later, the Americans have roughly 1,000 (nobody outside the Pentagon knows the precise number) military installations around the world. Meanwhile, in 2018, it was reported that Russia operates “at least 21 significant military facilities overseas.” (Source: Wikipedia)

The skies of the world are filled with American satellites and armed drones. Many unfortunate people live under permanent threat of sudden death descending from Heaven in the form of US “targeted assassinations.” This includes not only the leaders of terrorist organizations (always keeping in mind that our terrorists are their freedom fighters) but also their extended families, neighbors, friends, sympathizers, passers-by and the milkman. Since the September 11 attacks on the World Trade Center, the United States government has carried out drone strikes against ostensible Jihadist terrorist leaders primarily in Pakistan, Yemen, Somalia, Afghanistan, and Libya. Though the number of accompanying civilian deaths is hard to compile some organizations have tried. According to Wikipedia.com, the Bureau of Investigative Journalism says the rate of civilian casualties for 2012, for example, was nine percent. The Bureau, based on extensive research in mid-2011, claims that at least 385 civilians were among the dead.

It has been reported that 160 children have died from UAV-launched attacks in Pakistan and that over 1,000 civilians have been injured. Additional reporting has found that known militant leaders have constituted only two percent of all drone-related fatalities. These sources run counter to the Obama administration’s claim that “nearly for the past year there hasn’t been a single collateral death” due to UAV-based attacks. The New America Foundation estimates that for the period 2004-2011, the non-militant fatality rate was approximately 20%. (Source: Wikipedia)

President Barak Obama was to take a personal interest in the drone assassination program, actually sitting down periodically with the CIA’s top dirty-tricks specialist, John Brennan, whom he later named director of the CIA, to select from a list of candidates for the week’s proposed killer-drone victims. This seems to be a first: a hands-on, Murder-Incorporated-style operation based in the White House, and directed by the President himself.

It was President Trump who, just this came year, came up with an expedient solution to the dance of statistics. On March 6, 2019, he signed an executive order revoking the requirement that U.S. intelligence officials publicly report the number of civilians killed in Counter-Terrorism missions in Areas Outside of Active Hostilities.

When in Doubt, Escalate

The drone war was just another step forward in the escalation of the ever-more-creative American agenda. After World War II, instead of demobilizing the army, President Truman expanded the war machine and ushered in the National Security State. When President Kennedy’s turn came around he raised military spending $17 billion above that of the Eisenhower years. This year, 2019, the United States “defense” budget for the four branches of the U.S. military: the Army, Marine Corps, Navy, and Air Force, has progressed to approximately $693,058,000,000. That’s 693 billion dollars; some sources say it’s probably closer to a trillion. Either way, it’s more than the money spent on defense by the next seven countries combined, and certainly enough to finance a lot of hot lunches for schoolchildren.

Speaking in 1994, Gore Vidal, America’s favorite celebrity intellectual in the sixties and seventies—until he started cutting too close to the bone—says in a long interview with Paul Jay, the Canadian journalist who was later to found the Baltimore-based Real News.com:

But by forty-five—when the bombs were dropped— we lacked Franklin Roosevelt. He was the emperor. He knew exactly what he was doing. He made a number of agreements with Stalin at Yalta. All Stalin asked for was to be treated as a normal superpower, which is what they were. Roosevelt did not have any nonsense going on in his head about the sanctity of Christianity, the sanctity of capitalism versus communism. I don’t think he ever gave such topics a thought. All he knew is we had won the war, and he was going to decolonialize.

I realize how little understanding any of us had of what was actually going on at the [Cold War] time. We had been carefully conditioned to believe that the gallant, lonely USA was, on every side, beleaguered by the Soviet Union, a monolithic Omnipotency; we now know that they were weak and reactive while we were strong and provocative. Once Jack [Kennedy] had inherited the make-believe war against communism in general and the Soviet Union in particular, he preceded, unknown to all but a few, to change the rules of the game. He was about to turn Truman’s pseudo-war into a real war…

Unfortunately for the United States and the world, President Roosevelt didn’t live to carry out his noble plans. His place was taken by a mediocre politician, the product of a mediocre Democratic Party machine from Missouri, who had only been vice president for 82 days when Roosevelt died and never enjoyed his confidence. Truman knew nothing when he was thrust into the presidency, for example, of the United States’s development of two nuclear devices. But, against the advice of all the bombs’ developers and all the relevant government departments, he dropped them both on Japan, unnecessarily, it turns out, and with disastrous consequences. This was the definitive indication that the United States was declaring its unilateral primacy in world affairs.

Thanks for liking, commenting and sharing

One thought on “The American Agenda 2/3”