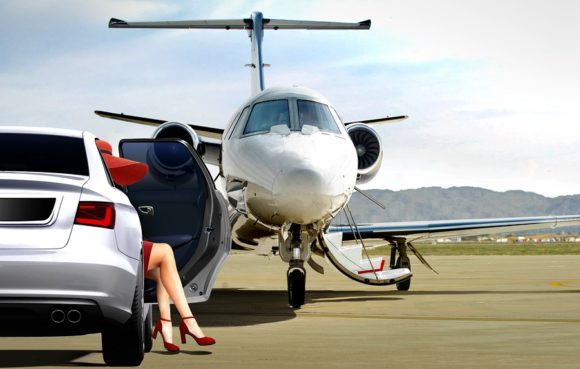 It’s Not the Poor, It’s the Rich

We hear a lot about how the underprivileged are costing the American taxpayer too much. The poor and the handicapped, the aged, the homeless, the damaged veterans, the unemployed and the uninsured masses contribute nothing to the GDP and represent a considerable drain on the national treasure. The symptoms are evident: poverty, illiteracy, crime, drug abuse and trafficking, dystopian families, fatherless homes, prison populations soaring… A disproportionate number of these unfortunate citizens are from racial minorities, many of them with deprivation in their family trees, having grown up with their fathers and grandfathers in prison, raised by heroic mothers fighting a losing battle.

Richest Country or One of the Poorest?

The American way of dealing with the homeless as post-industrial refuse is symptomatic. Instead of help they get harassment, instead of understanding, scorn. The disingenuous question arises inevitably: “Why don’t those single mothers raising families in cars in Walmart parking lots get jobs?” Some of them manage to do just that but with a $7.25 minimum wage they will never lift their families out of that station wagon.

Why isn’t the richest country in the world among the leaders in questions of humanity? The answer is not as complicated as it might seem. The roots of the problem are sunk deeply into a misfit ideology so rancid that it passes for scripture and spawns injustice, inequality and grotesque national priorities. The system was skewed from the beginning, based as it was on Darwinian struggle, ruthless self interest and pie-in-the-sky religion. Over the past three or four decades things have only gotten worse, aggravated by the inequality generated by high-tech windfall wealth and increasingly right-wing, lower-taxes-remove-regulations governments. The Covid-19 pandemic was the frosting on the cake, baring all the deficiencies and their catastrophic results. How many billions more does Jeff Bezos need to be able to give his employees living wages and healthy working conditions at Amazon?

The greatest irony is that, when the the country and its people are most in need of well-run, effective government programs and services, the country’s leaders busy themselves with classic DC schoolyard infighting. You only need to go over the past year of headlines to see the fruitlessness of it all. Those headlines also comprise a textbook on how not to manage America’s most serious domestic emergency in a century and, incidently, how to engineer gratuitously the deaths of more than half a million Americans. If we set aside the Democrats’ decades of bumbling, they can plead innocence, as the Republicans were holding the reins of power during the emergency. As for the Republicans, their almost unanimous rallying around a clearly-deficient president and his atypical collaborators places the responsibility squarely on their shoulders. We’re not sure if they are insane or merely incompetent, but it’s all the same.

Meanwhile, the emergency is far from over and most of ex-President Trump’s card-carrying Republican accomplices are still comfortably ensconced in the US Congress. Aren’t they aware that they are sitting on the wrong side of history? Nobody who can tie his or her shoes could be so stupid. Clearly their first priority has nothing to do with the wellbeing of the American people, who have never been so abandoned by their leaders. Could it be that those right-wing congressional leaders are concerned first and foremost with their own re-election? Is it possible that they’re neither that stupid nor that distracted, but merely cynical. Five-hundred-thousand American lives worth of cynicism?

They Write Their Own Ticket

It’s all too easy for members of the American government to tilt the playing field in their own favor. They are the ones who make the laws in the legislative branch, interpret them in the judicial and execute them in the executive. Add to that the revolving doors, gerrymandering and other election perversions, big-bucks lobbying, and the cascade of abuses legalized by the Supreme Court’s Citizens United decision, and it’s no wonder the country is their oyster. Among the worst of their self-serving practices is the indecent collusion with the arms industry. Though they would have you believe otherwise, those permanent wars and that unnatural cozying up to Saudi Arabia are not due to bad people envying America’s freedom.

“Freedom,” for the I’m-all-right-Jack caste of Americans has more to do with free markets than free people. While underprivilege in other industrialized countries elicits compassionate responses in their governing classes, in the United States it generates disgust and disdain. Why doesn’t that old wino sleeping on the bench get a job? It might have to do with losing his resumé on a muddy hillside at Khe Sanh while your father was lying low at Princeton.

This is not to say that the American system doesn’t have solutions for the problems posed by homeless people camping out on the streets of otherwise pleasant neighborhoods. Police regularly upturn and carry off the tents of the street people and force them to “move on.” In some of the more progressive places the city council will buy them a ticket to get out of town. Where proper countries have social housing, the richest country in the world has police brutality and internal deportation handed out generously to its own citizens. These measures cost American cities some money, but not as much as they would have to spend to house the poor. The bottom line is that the privileged are envied and fawned upon, the underprivileged despised and jailed, considered too-expensive excess ballast in the hold of the ship of state.

The most common measure that Americans use for dealing with their “undesirables” is prison, in spite of the fact that it’s the costliest solution of all. Could it be plain racism, fringed with sadism? Are the American prison authorities enamoured of the punitive aspects of incarceration. Could white supremacy be a factor? Whatever the case, there they are building ever-more-sophisticated and costly lockups and honing the legal aspects. You can’t just throw people in jail willy nilly, at least in the numbers the Americans think they require.

2 thoughts on “Overprivilege is Bankrupting America 1/2”