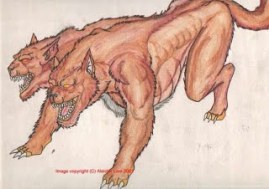 The Sin, Not the Sinner

A few years ago I received an email from a South American gentleman I had never met. He said that he and his wife were coming to Spain on vacation and that an old friend of mine had recommended that they stop by Granada to visit us. I was bemused because more than 30 years ago we decided that this “old friend,” admittedly a guy I had grown up and gone to college with, was probably a CIA agent, and we haven’t had any contact with him since. I won’t tell you the names of the South American gentleman (SAG) nor the old friend (OF), as I’m not so much interested in discrediting them personally as describing the intricately devious world they operate in. The Spanish say, “You name the sin, not the sinner…” (“Se dice el pecado, no el pecador…”)

Before SAG and his wife arrived I did a Google search on him and discovered that he had been since the early 1970’s an eminence in the South American human rights movement, was even imprisoned there, and that he remains active promoting the cause around the world. This work took him on a dozen trips to different world capitals last year. When they arrived we picked them up at their hotel in Granada and drove them to our favorite village restaurant, where SAG insisted upon inviting us. We were both struck by his cosmopolitan air, his charm and erudition, his excellent spoken English, and the tasteful gift of flowers his wife presented to Maureen. SAG was surprisingly up on everything from the primary elections in the United States to contemporary art and the films of Stanley Kubrick, from which he could quote whole paragraphs of dialogue. In all, he seemed quite a formidable person.

He only made one remark that struck a dissonant chord in me. When I asked him about his views of the 1973 Pinochet military coup in Chile, he replied that it was a result of “the excesses of idealism.” I was too embarrassed to ask him to elaborate on that cryptic remark, though it seemed quite clear to me that he was blaming on the victims the Chilean army’s bloody coup against a democratically elected government and the subsequent repression that took many lives and ruined many others.

OF Has a History

A bit of background on OF: When we graduated from MSU in 1965 he went into the Peace Corps and was sent to Latin America. I worked in PR for a year before being drafted into the army. When OF left the Peace Corps he went to the University of Chicago to take a Ph.D. in education. Did this make him one of the notorious “Chicago boys?” I suspected as much. (I am reminded of Alden Pyle, the character played by Brendan Frazer opposite Michael Caine’s Thomas Fowler in the 2003 film of Graham Greene’s The Quiet American.) Shortly afterward OF surfaced in the Ford Foundation, working in Latin America on “educational and human rights issues.” When he came to visit us in Granada around 1974 he had recently left Chile in the wake of the coup. He was later to go back.

Read the whole story in my ebook, The Turncoat Chronicles.