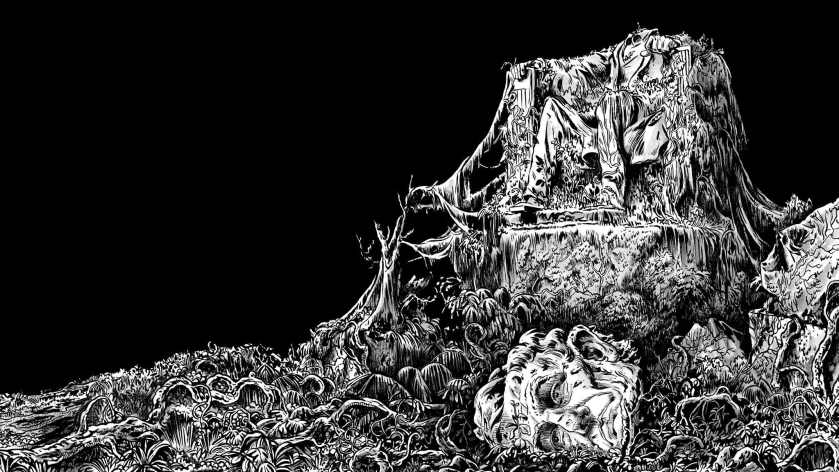 If Lincoln Could Raise His Head Today…

Multi-Billionaire Brothers Change the Rules of the Election Game

The twisting of U.S. elections is enough to make a grown man cry unless that man is a lobbyist or an incumbent candidate in a national election. Election finance rules were radically changed with the 2009 Citizens United Supreme Court decision. This case was complicated and controversial, partly because it was brought before the court by an ad hoc Political Action Committee (PAC) financed by the extreme-right-wing Koch Brothers, multi-billionaires with a penchant for dabbling in politics.

The Brookings Institution’s Darrell West devised a ranking to sort out which of the larger-than-life politicized American billionaires are the most powerful, factoring in “campaign expenditures, activism through nonprofit organizations and foundations, holding public office, media ownership, policy thought leadership and behind-the-scenes influence.” At the top of his list were the Koch Brothers.

The upshot of the Citizens United initiative, the result of a 5-4 Supreme Court ruling, was that the government restriction on “independent” political spending by corporations and unions was declared unconstitutional. Some cynics might say that Citizens United opened the door to powerful interests “buying” legislators. However one would choose to express it, the foxes are definitely loose in the American election henhouse.

Legal lobbying has always been just another mechanism for funneling money to elected officials in exchange for fabulous favors, all at the expense of normal American citizens. But with the Citizens United decision in hand Washington lobbyists now have carte blanche in federal elections. Given the prime importance of big money in American democracy they simply support, by means of Super PACs, candidates who advanced their clients’ private agendas. To sum up, however indirectly, they buy elections wholesale.

The Electoral College: An institution to Confuse and Contain American Voters

Then there’s the Electoral College. What did the people of the United States do to deserve such a clunky, mysterious, unreliable way of distributing the votes in presidential elections, and what can be done about it? There have been many theories alleged for the creation and perpetuation of the Electoral College, but none as convincing as the real reasons, which are almost never cited.

The “official versions” have to do with the logistics of organizing an election in a vast wild country. In the 1780s early Americans were told that the sheer size of the country made it impossible for the voters to become acquainted with the candidates and their programs, so it was necessary to give the voters some help. Then, in 1804, political parties with national presence gave rise to the 12th amendment which, instead of doing the fair and logical thing and abolishing the Electoral College, modified it to its current form. It now enables presidential elections to be partisan affairs, featuring two competing tickets and separate votes for presidential and vice-presidential candidates.

Black people in the United States eventually got the vote, but the Electoral College continues to stumble forward to this day. This is why Donald Trump is President of the United States today even though Hillary Clinton won the popular vote in the 2016 presidential election by a narrow margin.

What can be done to remedy this cruel and unusual situation? Nothing, for the time being. Such a remedy would entail a constitutional amendment approved in both the House and in the Senate, the latter requiring a two-thirds majority. Given Washington’s political realities today, that is not about to happen.

Enter the Military-Industrial-Congressional Complex and the Clandestine Services

The Military-Industrial-Congressional Complex has associated itself with such a massive set of special interests and has assumed so much power in recent years that it prevails over all other powers in the country. Essential to this all-encompassing power are the clandestine services (FBI, NSA, CIA, etc.) where so much top-secret chicanery goes on that these services control top-level political and military decisions in half the world. (Those who are interested in these matters can follow a case in point in real time when President Trump sits down with the North Korean leader, Kim Jung-un in the near future.) But the American secret services, themselves, are out of control. Neither the American people nor, in many cases, their elected representatives are aware of what’s going on, so they have no way of controlling vital events in the life of the nation. The American spooks are essentially all-powerful both at home and abroad.

There are countless examples of this phenomenon in the country’s recent history. Perhaps the most egregious was the Iran-Contra affair, as the main player in the illegal dealings was the President of the United States, Ronald Reagan. According to a PBS article from their collection, The Presidents, Reagan’s dirty-tricks team (Does the name, Oliver North, ring a bell?), thwarted by explicit legal restrictions from selling arms to Iran, devised a scheme to operate behind the backs of the Congress and the people of the United States. Not only did they sell arms to Iran but they funneled part of the proceeds to the CIA’s army of Contras in Nicaragua.

Clandestine operations are able to negate the essence of democracy by their secret nature, their virtually unlimited financing and the fascination they hold for immature politicians. President Barak Obama, ostensibly an honest man committed to peace, was mesmerized by CIA operative John Brennan and the drone-assassination program to the point where the two personally selected assassination candidates in weekly meetings. Obama later named Brennan director of the CIA. (See Conor Friedersdorf’s excellent 2016 article in The Atlantic on the subject here.)

The other massive example of the reach of the American clandestine services is the secret anti-communist armies created by NATO (an all-purpose organization for infiltrating other people’s countries and advancing the American agenda) and the CIA–with help from the British MI6–in almost all European countries after the Second World War. Dubbed “Operation Gladio,” this was ostensibly a scheme to resist a theoretical Soviet occupation of Europe, but was actually used as a set of terrorist groups to instill fear of communism in European countries by carrying out random mass murders and blaming them on “the Reds.”

It’s not only the United States government and military that are out of control. There are other dodgy institutions, such as the World Bank, the International Monetary Fund (IMF), and the U.S. Agency for International Development (USAID), whose website proclaims: “USAID’s work advances U.S. national security and economic prosperity, demonstrates American generosity, and promotes a path to recipient self-reliance and resilience.” This is not easy to decipher but William Blum in his book, Rogue State, says that it includes collaborating with the CIA in fixing elections in client countries.

Perhaps the most sinister of these respected institutions is the Federal Reserve System—made up of the 12 Federal Reserve banks dotted around the country, the most important one being the New York Fed. They respond to no elected power, not the President, not the Congress nor the Supreme Court. And the Fed is not even a government agency; it’s a private business with all Americans under its economic suzerainty.  How did this happen? It’s been a long, winding road, starting with the founding of the Federal Reserve System in 1913. According to the Fed’s own website, “it was created by the Congress to provide the nation with a safer, more flexible, and more stable monetary and financial system.”

2 thoughts on “Is American Democracy on the Critical List? 2/3”