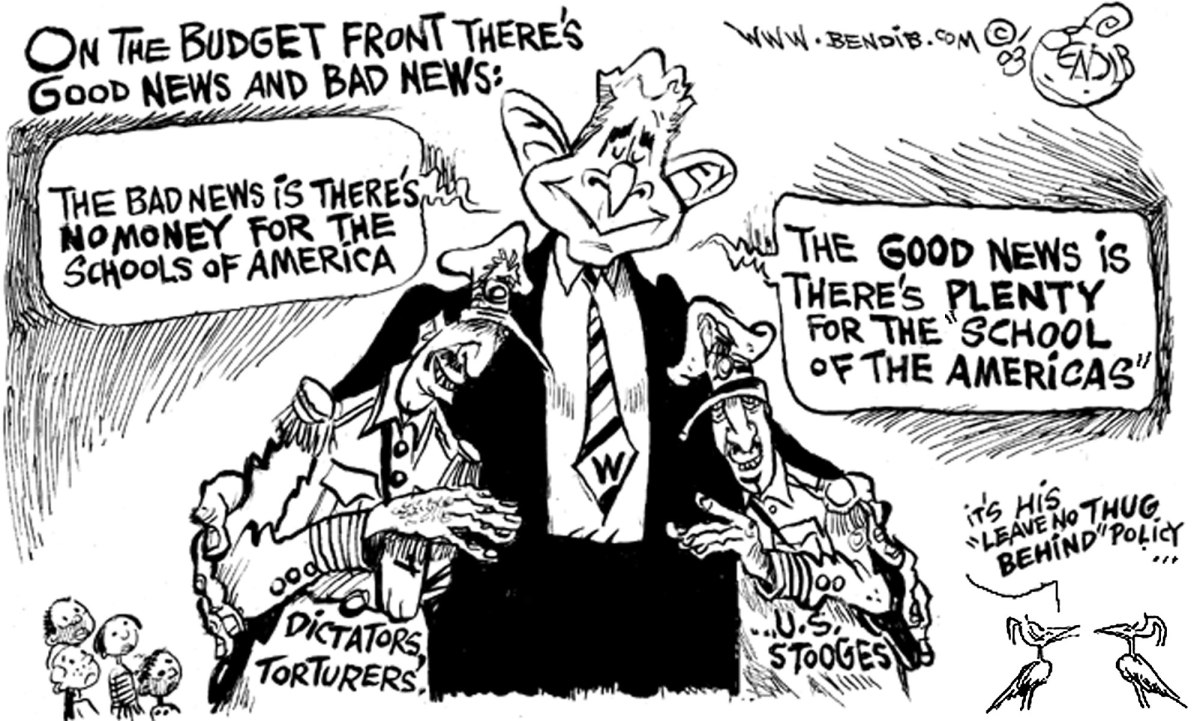 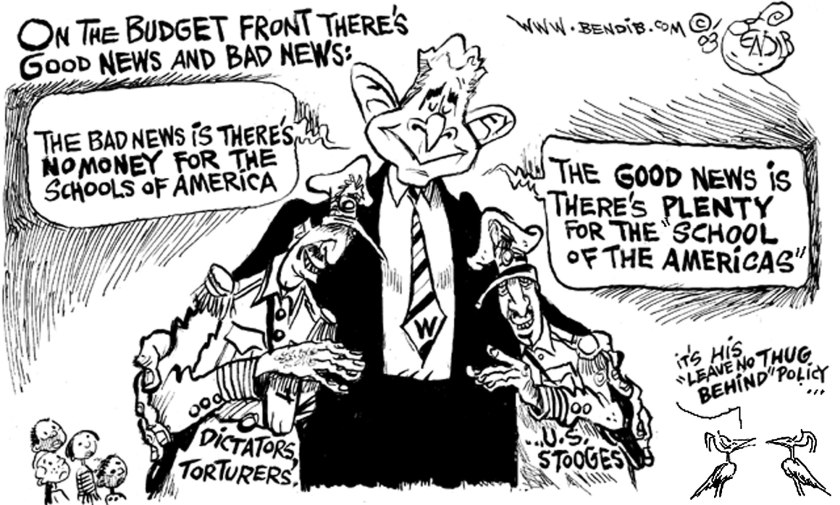 Jackson’s “Den of  Vipers and Thieves”

Thomas Jefferson, the third president of the US, saw the central bank as an unnecessary consolidation of power. He argued that it benefited investors, banks and businesses above the wider population. President Andrew Jackson, who opposed renewing the charter of the second US central bank, famously referred to it as “a den of vipers and thieves.”

Flash forward almost a century from the Fed’s founding. According to Allan Meltzer, author of The History of the Federal Reserve, “… the Fed’s decision to bail out the banks in 2008 has shaped many Americans’ current distrust of the central banking system more than the prolonged period of low interest rates. ” The public doesn’t think the government should be in the business of bailing out banks,” he says. Mike Collins, writing in Forbes.com in 2015, says:

The Special Inspector General for TARP’s summary of the bailout says that the total commitment of government is $16.8 trillion dollars with the $4.6 trillion already paid out. Yes, it was trillions not billions and the banks are now larger and still too big to fail.

The BBC quotes Senator Elizabeth Warren, a Democrat who has built a reputation for both her sophistication in economic and monetary matters and for challenging Wall Street, as saying, “If big financial institutions know they can get cheap cash from the Fed in a crisis, they have less incentive to manage their risks carefully.”

Some qualified critics of the Fed feel that prominent financial sector executives and their close allies are much too involved in how the New York Fed operates. This is partly a holdover from the original Federal Reserve Act of 1913 – and reflects the political milieu of that time, in which bankers had to be persuaded to accept a central bank. But it is also an all-too-accurate reflection of where we stand today with regard to global mega-banks and the large, nontransparent and highly dangerous subsidies they extract from the rest of society by being too big to fail. The people who run global mega-banks get the upside when things go well – they are paid based on their return on equity unadjusted for risk, so they prefer a lot of debt piled on top of very little equity. When things go badly, the downside is someone else’s problem – in the first instance, typically, the Federal Reserve’s.

(The website of Provident Metals, a Dallas-based “precious metals” broker, features a brief-but-fascinating insiders’ history of The Fed.)

The Deficiencies Are Not Just Political or Economic

Beyond pure politics and economics, the United States continues to cultivate some shockingly anti-democratic derivatives which make the world wonder when seen from abroad. Racism and white supremacy movements have never been dealt with effectively in the United States, and are on the rise today, a fact which constitutes a grave flaw in the eyes of the world. (That said, the Americans in charge aren’t concerned about the “eyes of the world.”) People in advanced countries are also concerned about social and economic inequality in the United States, the unconcern for the poor and the lack of basic first-world rights and services. A country without universal health care is unthinkable for the people of the civilized world. Nor do they understand why the wealthiest, most-advanced country in the world has such an outlandish prison population. No other advanced country has that problem. What are the Americans doing wrong, and why, they ask themselves.

Though they are admittedly dazzled by American technology, they are gravely concerned by the United States’ disrespectful, illegal and immoral policies regarding other countries, above all their aggressive wars on sovereign nations for specious or non-existent reasons. (E.g. Vietnam, Serbia, Afghanistan, Iraq, Libya, Venezuela…) “Regime change” is not a legitimate casus belli; nor is a socialist government in power. Perhaps the greatest American irony of all in the eyes of the world is the US’s ongoing efforts to export their model of democracy. Who would want to import it?

What they do export successfully are arms, military assistance, subversive techniques and regime change at the point of a gun. Their School of the Americas (aka  La Escuela de las Americas) at Ft. Benning, Georgia set the benchmark worldwide for teaching torture techniques, principally but not exclusively, to Latin America’s present and future military officers and dictators (some 34,000 of them) for more than half a century. The School was officially closed in the year 2000.  ABC News had this to say on the day of its closing:

A U.S. army facility that critics have labeled a school for dictators, torturers and assassins is being closed today. The ‘School of the Americas,’ in Fort Benning, Ga., which has for 54 years operated as a training facility for Latin American military personnel, will shut its doors after facing criticism from human rights groups for years.

The list of graduates from the School of the Americas is a who’s who of Latin American despots. Students have included Manuel Noriega and Omar Torrijos of Panama, Leopoldo Galtieri of Argentina, and Hugo Banzer Suarez of Bolivia.

Other graduates cut a swath through El Salvador during its civil war, being involved in the 1980 assassination of Archbishop Oscar Romero, the El Mozote massacre in which 900 peasants were killed, and the 1989 murders of six Jesuit priests.

We needn’t weep for the School of the Americas, though. In January of 2001 it reopened in the same location, run by the Defense Department rather than the Army, and with a new name. It is now known as the “Western Hemisphere Institute for Security Cooperation.” Its motto is, “Libertad, Paz y Fraternidad” (Freedom, Peace, and Fraternity).

So, what’s the balance of the last 200 years for the world’s greatest democracy? Are recent United States governments living up to their high-minded Constitution? Sadly, not entirely. Since the United States was seen as the savior of the world immediately after World War II the power and prestige earned during the war went to the politicians’ heads and, always under the dubious pretext of protecting the world from communism, the United States became more of a bully than a benefactor. As they increasingly assumed the role of policemen to the world and its ultimate ideological masters, the Americans’ star lost its shine. Where they had a reputation for decency and fair play they became renowned for cynicism and sharp dealings. It didn’t help that for decades they had been sponsoring ever-more-brutal and reliably “anti-communist” dictators from Latin America to the Middle East, and interfering in the political processes in other countries around the world.

Next on their immediate agenda of bellicosity, it seems, are Iran and North Korea. The Israelis have long had their eye on the former as potential Palestine-style lebensraum for their cramped little country and the help they get from the Americans to destabilize Iran will reveal to what extent the Israeli tail is wagging the American dog. United States leadership still feels the sting of Iran holding 52 American diplomats and other citizens hostage for 444 days from November 4, 1979, to January 20, 1981, after a group of Iranian students took over the U.S. Embassy in Tehran. It stands as the longest hostage crisis in recent history. What the Americans have forgotten is the 1954 regime-change operation engineered by the CIA and British MI6 which deposed the democratically elected Prime Minister Mohammed Mossadegh “and restored the Shah to absolute power, initiating 25 years of repression and torture.” (Quote from William Blum’s Rogue State.) Mossadegh’s “crime” was to nationalize British petroleum interests in Iran.

As for North Korea, President Trump is about to find out that the game of geopolitics is not played in midnight Twitter sessions. Kim Jung-un has outsmarted the President by declaring a unilateral dismounting of North Korea’s nuclear offensive potential. When they sit down together at the negotiating table he will, I suspect, require at the same time that the United States remove their nuclear installations (along with their troops) from South Korea. Check mate.

On the American home front, perhaps the most egregious government initiative has been the Tax Cuts and Jobs Act of 2017 (the Trump Tax Cuts), a tremendous boon for big business which the nonpartisan Congressional Budget Office sees as adding an estimated $1.455 trillion to the national debt over ten years. This tax cut for the rich entails, of course, a corresponding tax increase for Americans who are not rich. It’s a giant step in the progress of American lycanthropic democracy, a country run by werewolves.

Here is how the Americans for Tax Fairness see the results of the Trump tax cuts.

There’s a name for boasting about one thing and doing the opposite. It’s called hypocrisy. Most countries—excepting, perhaps, Iceland—feel obliged to be hypocritical from time to time, but we have never seen any country so constantly and utterly devious as the United States of America. They would like to consider their seemingly magnanimous, disinterested policy declarations as “white lies,” “lies for your own good” or “creative use of euphemisms,” but it’s none of that. It’s pure unalloyed hypocrisy. How long can a nation go on living off myths and lies while portraying itself as the shining democracy on the hill? We shall see.

2 thoughts on “Is the US Democracy on the Critical List?–3/3”